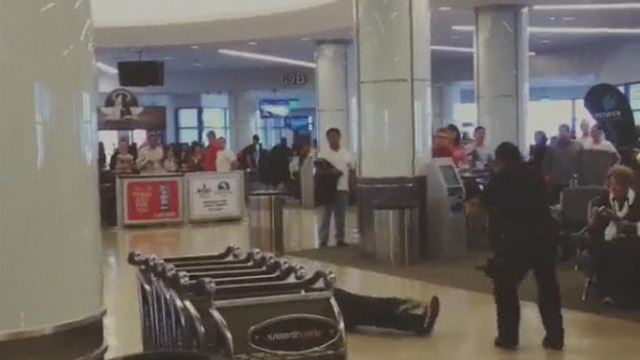 LOS ANGELES -- Authorities say a man was tasered and taken into custody when he would not cooperate with TSA agents at Los Angeles International Airport on Wednesday, and it was captured on several videos.

"As Airport Police attempted to assist TSA, the man continued to refuse to cooperate and pushed past the officer," according to a statement from LAX police.

The videos show police taking down the unidentified man, who remains in custody. One of them was taken by actor Verne Troyer, who plays the character Mini Me in the "Austin Powers" movies.