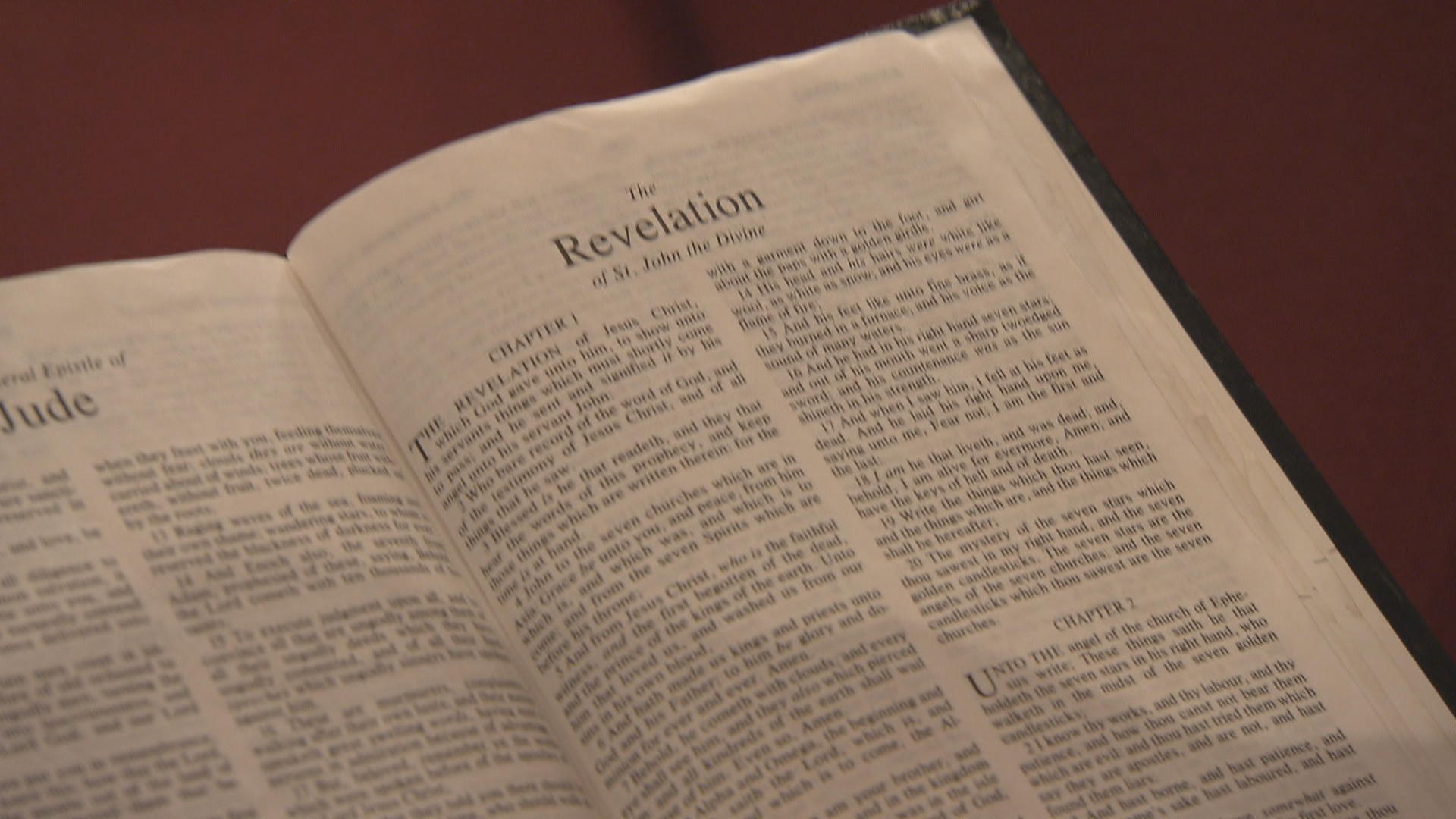 Some parents in West Virginia are fighting to put an end to a Bible class in public schools.

For nearly 80 years, Bible stories have been taught in Mercer County as part of the regular school week and they’re extremely popular in the community. In a new lawsuit, however, a major lobby for the separation of church and state is arguing that “popular” is not the same as “legal,” reports CBS News correspondent Tony Dokoupil.

In church, Cherilyn Thomas has built a deep relationship with God. And as a parent, she appreciates that her daughter, Teagan, can continue that relationship at school.

“It is very important that what we teach at home can be moved on to the school and instilled there and moved to the church and it’s still there so that it moves in a circle,” Thomas said.

The school portion of that circle is provided by a program called “Bible in the Schools.”

“Is it a religious course?” Dokoupil asked.

“Is that a yes?” Dokoupil asked.

“I would say it is the Bible. It doesn’t teach one religion. It’s not a Baptist Bible, it’s not a Presbyterian Bible; it’s the Bible, and it is God.”

Created by volunteers in 1939, the program now provides more than 4,000 kids a weekly course of Bible study.

“I like it very much because I want to learn all the stuff in the Bible,” Teagan said.

The voluntary program is paid for through private donations and administered by the school district. The enrollment rate among the county’s 19 elementary schools is 96 percent.

“Do all the kids in your class go to Bible class too?” Dokoupil asked.

“Only one goes out and plays on the computer, because she can’t hear what the Bible says,” Teagan said.

“Because her dad just doesn’t want her to hear all the Bible stuff,” Teagan said.

“What do you think about that?” Dokoupil asked.

“I think that that’s bad. She needs to go to Bible class,” Teagan said.

Comments like these are part of what attracted the Freedom From Religion Foundation, a Wisconsin-based lobby for the separation of church and state. In a lawsuit filed jointly last month with Jane Doe – a mother of a Mercer County kindergartener who wishes to remain anonymous -- the group accused the county of running “Bible indoctrination classes” that endorse the literal truth of the Bible.

“If you want them to have a religious education, that burden’s on you. That burden should not be on the school system,” said Elizabeth Deal, who, like Doe, believes the Mercer County program violates the rights of parents who wish to keep schools a secular place.

Deal moved her daughter, Sophie, out of the school system after she was bullied for opting out.

“How did you feel when you heard that story?” Dokoupil asked.

“It was very hurtful of course because she is my daughter and I don’t want her to hurt,” Deal said.

In a statement, Mercer County schools said the Bible is worthy of study for its “literary and historic qualities.” The question for the courts is whether it’s actually being taught that way.

“To completely eliminate a Bible course would be an unprecedented and drastic step,” said Hiram Sasser, a lawyer representing the school board. “The only issue it’s ever arises is any kind of implementation.”

“The public school would just have to ensure that it really did have a secular purpose,” said Nelson Tebbe, a professor of constitutional law and religious freedom at Brooklyn Law School. “But because this program and programs like it are structured just around the Bible, courts will be skeptical as to whether they really have that kind of neutral impact.”

For Teagan, she just hopes her class stays.

“How would you feel if Bible class went away?” Dokoupil asked.

“I would feel kind of angry and sad,” Teagan said.

Sasser said the school is open to changes to the curriculum if needed to keep the program going. But in its lawsuit, the Freedom From Religion Foundation is not asking for changes; it wants the program to go.

The school board has just a few weeks to respond to the courts to prove that they can effectively keep the program.