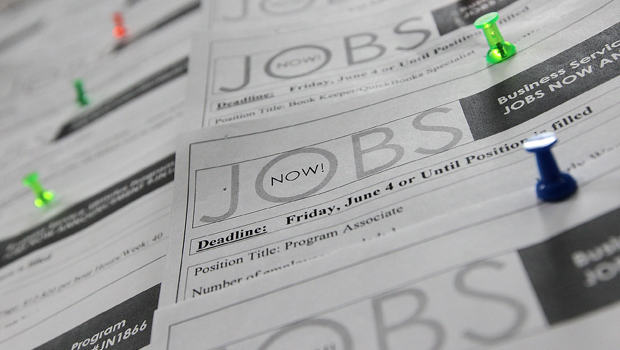 Republicans as well as Democrats acknowledged the Labor Department's jobs report released Friday showed signs of growth, with unemployment inching down to 7.5 percent -- a four-year low.

They also, however, gave their standard spin, using the report to push their respective parties' agendas.

"Now is not the time for Washington to impose self-inflicted wounds on the economy," Alan Krueger, chairman of the White House council of economic advisers, wrote in a White House blog post, urging Congress to replace sequestration with a plan for "balanced deficit reduction."

House Speaker John Boehner, R-Ohio, similarly said in a statement the sequester should be replaced "with smarter cuts and reforms that put us on a path to a balanced budget."

Economist Jared Bernstein noted that industries hit by the sequester did, in fact, post weak growth numbers with construction jobs down 6,000, government jobs down 11,000, and zero new manufacturing jobs.

Senate Majority Leader Harry Reid, D-Nev., also called on Republicans to accept a "balanced approach" to replacing the sequester. "Our job growth would be even stronger if our economy were not hampered by the meat-ax austerity Republicans have insisted upon for the past two years, instead of working with Democrats to forge a balanced approach to deficit reduction," he said.

House Minority Leader Nancy Pelosi blamed Republicans for failing to do their part to forge a budget compromise, by refusing to appoint conferees to discuss differences between the House and Senate budgets.

"Today's jobs report shows signs of progress for our workers and our middle class," she said. "Yet it is also a reminder that Americans cannot afford more Republican political games that protect the sequester, slow our growth, inject uncertainty into our economy, and create instability for our working families."

"At his press conference this week, President Obama failed to even mention the millions of hard-working Americans who remain unemployed or worse, the millions who have completely given up looking for a job," he said. "It's no surprise, given that many of the President's policies, including stifling regulations, high taxes and the implementation of ObamaCare, are making it harder for a manager to hire a new waitress or a salesperson or college graduates to get jobs that match their skills."