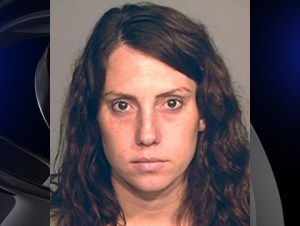 (CBS/AP) SAN BERNARDINO, Calif. - Laura Elizabeth Whitehurst, a former Southern California teacher who allegedly gave birth to her student's baby, pleaded guilty to several felony counts Wednesday and will be sentenced to a year in jail.

CBS Los Angeles reports the 28-year-old Whitehurst took a plea bargain that involved pleading guilty to six of 41 felony counts of unlawful sexual intercourse and oral copulation involving three minors. She had faced up to 29 years in prison if convicted on all counts.

Whitehurst is a former teacher at Citrus Valley High School in Redlands. According to the station, she gave birth June 18 and was arrested July 1 after the mother of the teenage boy who allegedly fathered her child reported the relationship. She was released after posting bail.

Prosecutors contend she began a sexual affair with the student last summer when he was 16.

Whitehurst also was accused of having sex several years ago with two students, who are now adults. After those accusations surfaced, she was re-arrested July 8 and charged with more sex counts.

She is expected to be formally sentenced Aug. 28.