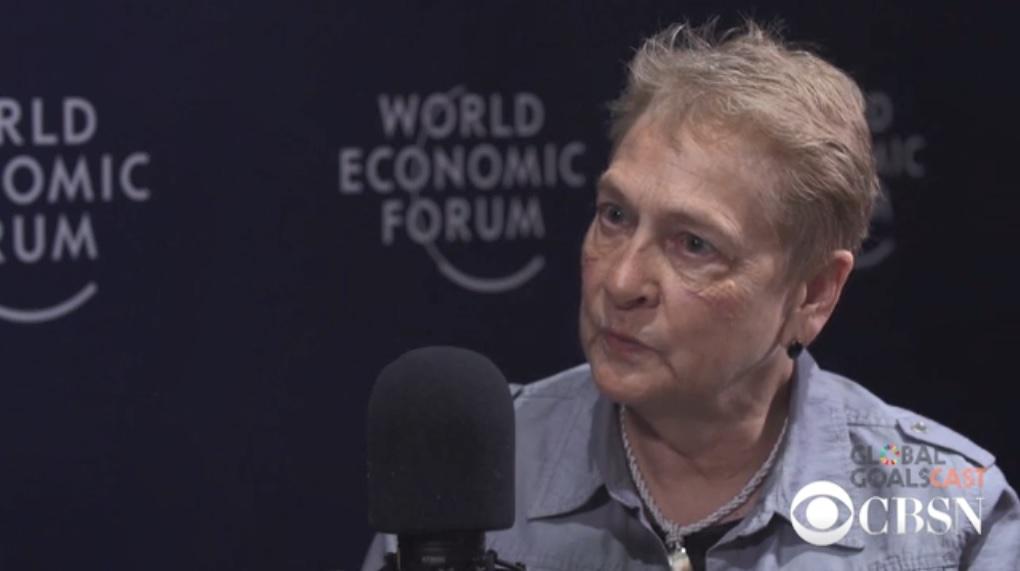 DAVOS, Switzerland -- The rising #metoo movement is a response to years of wrongdoing, but also has plenty of potential positive outcomes, according to Laura Liswood, secretary general of the Council of Women World Leaders Liswood co-founded the White House Project in 1997, which is dedicated to electing a female president of the United States, and she sees that the movement may get America closer to that goal.

Liswood recently spoke with Special Adviser for the UN Claudia Romo Edelman and Hub Culture executive editor Edie Lush — co-hosts of the Global Goalscast — during the World Economic Forum about sexual harassment and the future of progressive moments such as #MeToo.

Asked if the movements will actually work, Liswood hedged: "I think, first off, it's very interesting to see how quickly some social norms can potentially be changed. These kinds of things are not done in a vacuum. It might be a little too soon to tell about how this all fits together and if is this going to be a ... part of the progressive movement or is it going to be a one-off kind of thing."

"Have you seen this kind of thing before?" Lush asked.

"I think other things have sort of erupted periodically around this but ... I don't know what sustained means any more. Sustained used to mean ten years, now it means, y'now, three months, kind of thing. One has to hope that the 'Two steps forward, one step back' actually does get you on the journey," Liswood responded. "I think there are potential back steps to it, including what you just talked about, which is the backlash."

One in every four girls in the world experiences sexual violence at some point, said Edelman. Liswood hopes that even those far removed from the Hollywood stars who kicked off the #MeToo movement can benefit from the movement in some way.

"When these kinds of things happen, we need to open an aperture, you know, we need to make the lens bigger," Liswood explained, "in the sense that you have this group of women from a very developed country who are making money, etc, but they've been able to get some notoriety, they've been able to get some media attention as they should. But you have to say: 'What's happening in developing countries, what's happening on the ground all the time?' That question of the actress, for example, who was sexually harassed, is tied in a cord, it's on a line, to those one in four girls. That's opening up the dialogue. To me, that's to the good if that conversation can happen."

Edie Lush raised the incident at a male-only fundraising dinner organised by the "President's Club" in London, where business leaders were outed as having groped and propositioned female hostesses at an annual black tie function. The event was almost immediately disbanded after it was exposed in the media. Liswood hoped that it would be part of an ushering in of greater accountability for male business leaders.

"It is a bit head-slapping, isn't it?" said Liswood. "You're sitting here, thinking, ok we've just had all this big conversation about sexual harassment and all that, and you think 'What are these people, these male leaders thinking when they go into that? Or not thinking? Or how is it that their annual reports of their companies can talk about how important it is to have diversity and inclusion and woman's development and leadership and then they themselves personally... Leadership now is going to be more clear about reputation risk."

Liswood continued by saying its unclear as to when "an epiphany will actually occur to someone," but she feels as though "watching other men's behavior" will help to bring about change.