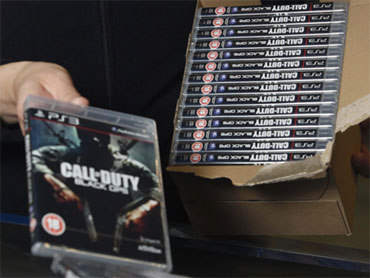 Sales of the video game "Call of Duty: Black Ops" have topped $1 billion in less than six weeks.

Activision says people around the world spent $650 million on "Call of Duty: Black Ops" in its first five days on sale and players have logged more than 600 million hours playing the multiplayer, first-person shooter game since it went on sale Nov. 9.

The game, set during the Cold War, is the seventh in the "Call of Duty" franchise from Activision Publishing Inc. Earlier games were set in World War II and in the near future.

Last year's "Call of Duty," subtitled "Modern Warfare 2," brought in $550 million sales in the first five days after it launched in Nov. 2009 and $1 billion in its first two months.