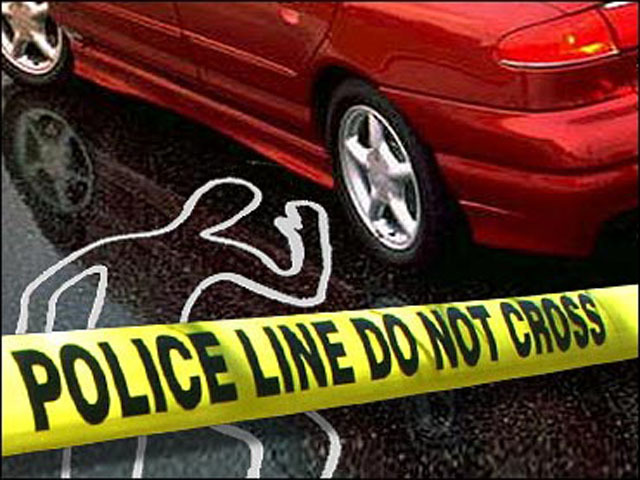 (CBS/AP) LAS VEGAS - When a car ran a red light late Saturday afternoon, Las Vegas police didn't notice a driver in the front seat. After a brief chase, they discovered there was a driver - who had been shot to death in the car.

An officer, who witnessed the oddity, followed the car. Seemingly without a driver, the Nissan Maxima jumped a median and crossed the oncoming lanes into a landscaped area near a church, homicide Lt. Ray Steiber told the Las Vegas Review-Journal.

Still, the chase was not over. The car, still without a driver, struck another car after veering back onto the northbound lanes.

After the car finally came to a complete stop, police discovered a man hunched over in the driver's seat. He appeared to have been shot multiple times, reports the Review-Journal.

The victim, a male appearing to be in his 20s or 30s, was pronounced dead at the scene.

When he was shot, the victim may have had his foot on the gas pedal, Lt. Steiber told the Review-Journal. The vehicle had bullet holes in the driver's side.

There are no known witnesses or motive, according to authorities.