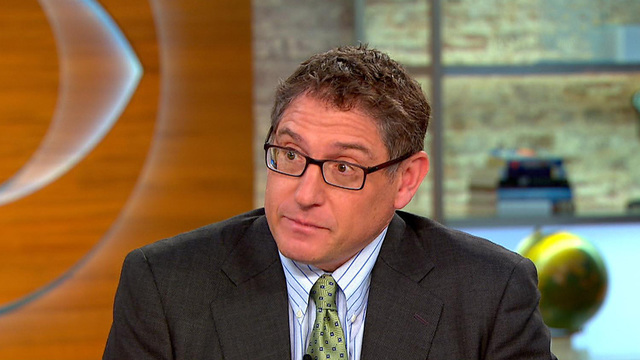 Are you really eating what you think you're eating?

For example, is the "extra-virgin olive oil" you're tossing with your salad really as pure as the label says, or is it diluted with cheaper soybean oil?

Or is it really a steal of a deal when you get a lobster roll at a fast-food chain for half the price of what you'd pay in Maine?

According to award-winning journalist Larry Olmsted, you're being fooled. What you're actually getting is "fake food" or what he describes as "a massive industry of bait and switch, where you get something other than promised."

In his new book, "Real Food/Fake Food: Why You Don't Know What You're Eating and What You Can Do About It," Olmsted takes an in-depth look at fraud in the food industry and explains how you can shop for the real deal.

"Really good olive oil, real Kobe beef -- it's just not what you're usually getting. And I want people to enjoy these foods," Olmsted told "CBS This Morning" Wednesday. "They taste better and they are generally much better for you."

So why aren't you getting "real food?" Olmsted blames it on poor regulation, especially over food labels. What makes it even tougher to regulate is that not all cases are illegal.

"Some of the adulteration -- when they cut olive oil with other oils or substances, they cut honey with corn syrup -- that is a violation of the law. But a lot of it is labeling issues that are unregulated," Olmsted said. "Like 'natural' would be the perfect example. You could slap 'natural' on pretty much any food product. It's meaningless."

Some commonly sold "fake" foods that aren't what their labels promise include:

The poster child for fake food is the red snapper, Olmstead said. A study by Oceana -- a nonprofit ocean conservation group that tests seafood authenticity nationwide using DNA -- found that you get real red snapper less than 6 percent of the time. Instead, the fish you're likely to actually get are tilefish or tilapia substitutes.

In the book, Olmsted writes that that the seafood industry is "so rife with fakery -- both legal and illegal -- that it boggles the mind." Ninety-one percent of the seafood consumed in the U.S. is imported and current FDA law mandates that just 2 percent of that be inspected every year. According to Olmsted, the FDA falls "woefully short" even of that.

"They're lucky if they inspect half a percent," Olmsted said. "It's a low bar and they can't even come close to making it."

Olmsted provides tips on how to avoid specific counterfeit foods at the end of every chapter in his book. One general way in which you can avoid counterfeit foods is by shopping at big-box stores, in part because their large volume enables them to dictate standards and certifications from the food producers.

"They say you have to get this certification or we won't buy from you," Olmsted explained. "Whereas the FDA is asleep at the switch."

You can also be a smarter shopper with the following tips: