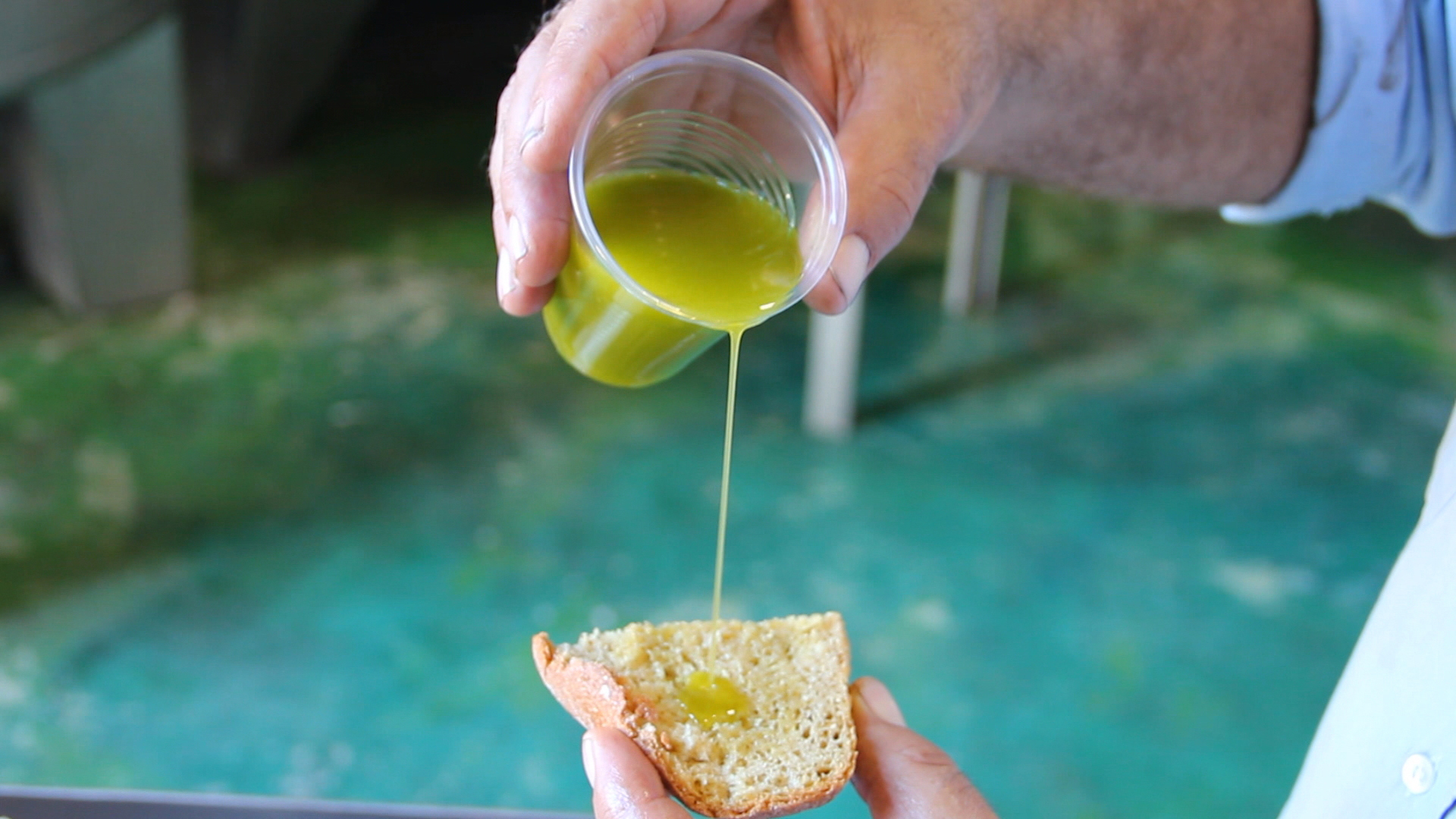 Visit any American supermarket and you'll likely find rows of golden-hued olive oils, many with picturesque labels declaring them Italian extra-virgin. But as 60 Minutes explores this week, Italy's olive oil business has been corrupted by the Mafia, which is making big bucks tampering with Italian food products in ways that could affect American consumers. The Italians call it "Agromafia" and it's estimated to be a $16-billion per year enterprise. One result: Much of the olive oil we import isn't as pure as it seems.

Guy Campanile, the story's Italian-American producer, had never been to Italy during olive oil harvest before and says he has a new appreciation of true extra-virgin oil. "When you walk into the mill, you are just hit with this extraordinary aroma of olive oil that is just so pleasing, it makes the hair on the back of your neck kind of stand up," he tells Overtime editor Ann Silvio in the video above. "I don't know what it is, but it's almost primeval how wonderful it is."

True extra-virgin olive oil comes exclusively from the first pressing of the olive harvest and contains no additives. "You know, when you see it there [in Italy], it's this almost luminescent green," Campanile says. "It looks like nothing you've seen before, and tastes like nothing you've tasted before."

Unfortunately, by the time this heavenly liquid reaches American shores, much of it has lost its luster, often due to improper storage or tampering. Journalist Tom Mueller, who has researched the industry, estimates that half the oil sold as extra-virgin in Italy and 75-80 percent of the oil sold in the U.S. does not meet the legal grades for extra-virgin oil.

The most common type of fraud, Campanile explains, is mixing Italian extra-virgin with lower quality olive oils from North Africa and around the Mediterranean. In other cases, a bottle labeled "extra-virgin olive oil" may not be olive oil at all, just a seed oil like sunflower made to look and smell like olive oil with a few drops of chlorophyll and beta-carotene. Major Sergio Tirro of the Italian Carabinieri police, one of the top investigators of food fraud in Europe, showed 60 Minutes' Bill Whitaker just how easy it is to make a realistic-looking fake.

"Olive oil fraud has gone on for the better part of four millennia," Campanile says. "The difference now is that the food supply chain is so vast, so global, and so lucrative that it's easy for the bad guys to either introduce adulterated olive oils or mix in lower quality olive oils with extra-virgin olive oil."

So, what's a foodie to do? Campanile has some suggestions. For starters, he says, look closely at the label. It may have a pretty Italian landscape, but was the oil actually produced in Italy? If so, where? Campanile says he's encouraged when it's from a city in Sicily or Puglia known for producing olive oil.

American shoppers can also buy online directly from Italian producers like Lucia Iannotta, who runs Iannotta Oil or Nicolo Clemenza, who is organizing his fellow farmers to cut out the Mafia middle men.

Since freshness matters, Campanile says, you may want to consider extra-virgin olive oil from California, which can be pressed and shipped more quickly. But if it's Italian you crave, expect to pay more for the real deal. "If you're paying seven bucks or eight bucks for a bottle of Italian extra virgin olive oil," he says, "it's probably not Italian extra-virgin."