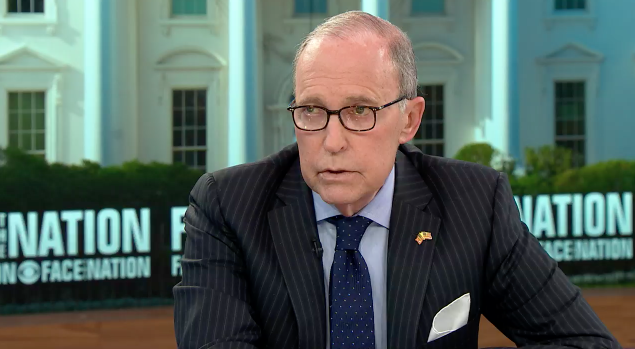 Following a dramatic end to the G7 summit in Quebec this weekend, White House economic adviser Larry Kudlow says Canadian Prime Minister Justin Trudeau "betrayed Trump" and "should have known better" than to slam Mr. Trump and U.S. tariffs just after leaders signed a joint communique embracing the spirit of the summit.

"To be honest with you, Prime Minister Trudeau, I respect. I've worked with him in good faith getting through a good communique on Friday and Saturday. So he holds a press conference -- the president is barely out of there on the plane to North Korea, and he starts insulting us, he starts talking about the U.S. is insulting Canada," Kudlow said on "Face the Nation" on Sunday.

"In general, it was an attack on the president," Kudlow claimed.

In a press conference Saturday after a contentious G7 meeting, Trudeau said that Canada had been insulted by the Trump administration's tariffs and that his country would go ahead with its own retaliatory measures by July 1.

Following Trudeau's statements, Mr. Trump retracted his endorsement of the final statement from the G7, tweeting on Air Force One on the way to Singapore that he had instructed U.S. representatives "not to endorse" the missive. He blamed Trudeau's statement that Canada will not be "pushed around" on trade.

On Sunday, Kudlow said that the president had "no alternative" than to pull out of the communique after Trudeau "betrayed Trump and betrayed the whole G7" by "attacking" Mr. Trump.

Kudlow placed the spat with Trudeau in the context of Mr. Trump's historic summit with North Korea, saying there's "no way this president is not going to stand strong, number one, he's not going to allow for other people to suddenly take pot shots at him hours before that summit."

"If you attack this president, he's going to fight back," Kudlow added.

Bank of America economist: 2023 could be "difficult"