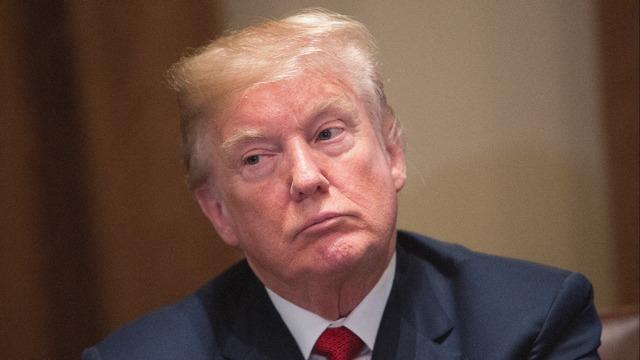 The Trump administration announced that the U.S will impose tariffs on steel and aluminum imports from three of its closest trading allies -- Canada, Mexico, and countries in the European Union. The decision is meant to protect U.S. national security, but has sparked concerns over how those countries will retaliate.

Commerce Secretary Wilbur Ross said the U.S. will impose tariffs of 25 percent on imports of steel and 10 percent on aluminum once a previously designated exemption expires Thursday at midnight. President Trump initially proposed the tariffs in March, and had deferred action while negotiations proceeded.

"As to Canada, Mexico, you will recall that the reason for the deferral had been pending the outcome of the NAFTA talks," said Ross on a call with reporters Thursday morning. "There is no longer a very precise date when they may be concluded and therefore they were added into the list of those who will bear tariffs."

U.S. and European officials held last-ditch talks in Paris on Thursday to try to reach a deal, though now fears of a trade war are mounting.

"The EU believes these unilateral US tariffs are unjustified and at odds with World Trade Organisation rules. This is protectionism, pure and simple," said President of the European Commission, Jean-Claude Juncker said in a statement. The Commission also said the the EU will seek to "rebalance the situation by targeting a list of U.S. products with additional duties." The EU has previously threatened to impose retaliatory tariffs on U.S. orange juice, peanut butter, blue jeans and other goods.

Mexico's Ministry of Economy has already responded by vowing to impose "equivalent measures to various products in the face of U.S. protectionist measures." It said U.S. targets would include a variety of products, including food such as pork legs and shoulders, sausages, apples, blueberries, and various cheeses. "This measure will be in force until the U.S. government eliminates the imposed taxes," a translated statement read from the ministry.

Ross, however, does not expect NAFTA talks to be derailed. He expected NAFTA negotiations to continue, and pointed to the fact that trade negotiations continue with China despite the recent barriers imposed.

Asked on CNBC if the administration had effectively declared a trade war on some of America's closest trading partners, Ross said "no, not at all."

"This has been under discussion for quite a long time and it's a very small percentage of the respective economy. A fraction of 1 percent," he explained.

U.S. stock markets were down on the news - but not significantly: The Dow was trading less than 1 percent lower Thursday morning.

Asked what the Trump administration's message to farmers who will likely be impacted by retaliatory maneuvers by Canada and Mexico, Ross offered this explanation: "Let's see what evolves as things go forward. The president is a great supporter of the farming community and as you may be aware, earlier directed [Secretary of Agriculture] Sonny Perdue to take whatever methods he could to offset" retaliation.

In a presidential proclamation released Thursday morning, President Trump wrote that he agreed with Ross' assessment that "aluminum articles are being imported into the United States in such quantities and under such circumstances as to threaten to impair the national security of the United States."