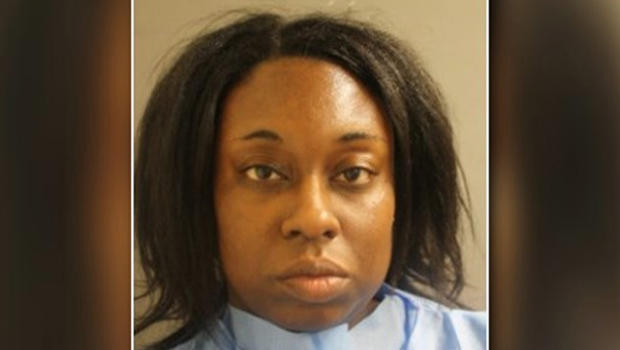 HOUSTON -- Officials say a woman has been charged with capital murder in the stabbing death of her 4-year-old daughter at a Houston apartment complex.

Deputy Thomas Gilliland of the Harris County Sheriff's Office says 34-year-old Laquita Lewis texted family members Sunday, telling them she had hurt her child and apologizing. Gilliland says Lewis texted from the hospital, where she had been taken after being injured in a traffic accident.

The relatives contacted the sheriff's office. When deputies arrived, they found Fredricka Allen dead at the apartment around 9 p.m. Authorities believe the girl was stabbed to death earlier in the day, reports CBS affiliate KHOU.

Police say Lewis stabbed the girl multiple times in the chest and left her on the floor of the master bedroom, the station reports.

Lewis is being held in the Harris County jail Monday. Jail records do not list an attorney to speak for her.

Gilliland says deputies haven't determined why Lewis killed her daughter, though they believe she got into a fight with her boyfriend earlier Sunday.

"There's not enough words to describe the horrible death of this child," Gilliland told KHOU.