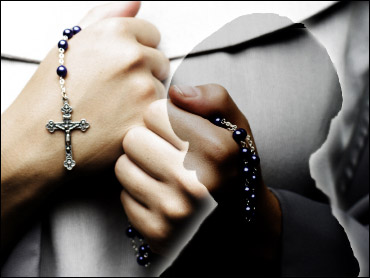 WASHINGTON - Auditors hired by the U.S. bishops to check child safety in America's Roman Catholic dioceses each year warned in a new report Monday of a drift away from parts of the church's nine-year-old abuse prevention plan.

The agency the bishops hired to conduct the review said 55 of the 188 participating dioceses needed to make improvements or risk being out of compliance with the national policy, more than double the number of dioceses who were found lacking in 2009.

"The church cannot afford to relax its standards," the authors of the study warned.

Among the most common problems the auditors identified:

Not checking whether safeguards were in place on the parish level, despite a directive since 2006 to do so

The bishops' policy, called the "Charter for the Protection of Children and Young People," was adopted in 2002 as the scandal over predatory priests in the Archdiocese of Boston spread through the American church. The U.S. Conference of Catholic Bishops plans to review the charter at a national meeting in June.

Bishops have spent tens of millions of dollars on background checks for clergy and volunteers, support for victims, safe environment training for adults and children, studies on the roots of clergy abuse and the annual compliance audits.

However, the value of the audits have come under new scrutiny since February, when a Philadelphia grand jury alleged that the local archdiocese kept about three dozen credibly accused clergy in public ministry — a violation of the national policy.

Since the audits began in 2003, the Philadelphia archdiocese has passed every review, including this latest one. Teresa Kettelkamp, the bishops' national child protection officer, said church leaders are looking into how that happened.

"We will figure this out and fix whatever needs to be fixed," Kettelkamp said.

"It's not right, and to think that these holy men can do these outrageous things," Holly Strzempek told Quijano.

The auditors rely on information provided by church officials and conduct onsite visits of each diocese just once every three years. The process is overseen by the National Review Board, a lay advisory panel the bishops formed that has no enforcement authority. The dioceses of Baker, Ore., and Lincoln, Neb., and five geographic districts for Eastern-rite Catholics did not participate in the 2010 audit.

A companion study to the audit found the abuse crisis continues to batter the church.

A 2010 survey of U.S. dioceses by the Council for Applied Research in the Apostolate at Georgetown University found the number of new abuse claims rose compared to 2009. The overwhelming majority of the allegations were made by adults who said they had been molested decades ago as children.

Dioceses received 428 credible allegations against 345 clergy. According to the survey, more than half of the accused clergy had faced previous claims and about two-thirds had already been removed from the priesthood or had died. Seven of the claims involved the abuse of minors in 2010.

Dioceses and their insurers paid nearly $124 million in settlements, attorneys' fees and other abuse-related costs in 2010, up from about $104 million in 2009. All told, the scandal's price tag for settlements and other costs is near $3 billion, according to surveys commissioned by the bishops and news reports.