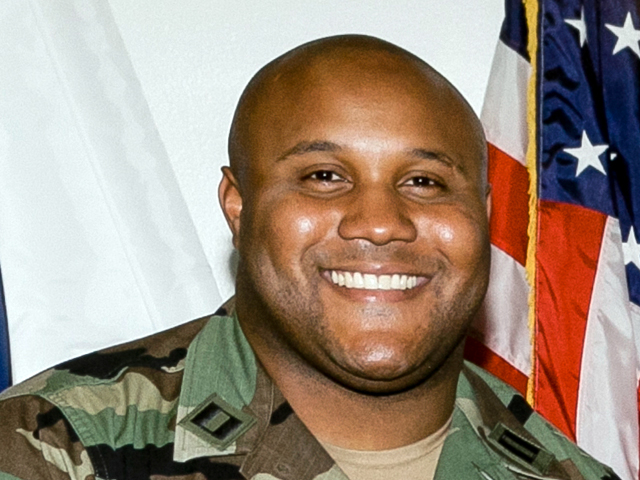 (CBS News) Former LAPD officer Christopher Dorner is still on the run. He's accused of a killing spree that has taken three lives. But in his rambling online manifesto, the subject of this massive manhunt predicted that people who know him probably can't believe what they're seeing, hearing and reading in the media.

His online diatribe is full of anger and threats. But the 33-year-old ex-police officer starts calmly, addressing his friends. "You are saying to yourself that this is completely out of character of the man you knew who always wore a smile," he writes.

Oregon attorney James Usera met Dorner on the football team at Southern Utah University in 1998. They became friends, went rabbit hunting, debated politics. He said, "That's frankly what makes this so bizarre. ... My experience with Mr. Dorner was overwhelmingly positive. I never saw any indications in him that he was violent or particularly aggressive, certainly nothing that would suggest to me that he could commit the crimes with which he's been accused."

He remembers Dorner as a good student, who served his country. Dorner writes in his Facebook manifesto that he was proud to serve in the Naval Reserve, and even prouder to become an officer with the Los Angeles Police Department -- something he'd dreamed of since being an Explorer Scout in his teens.

Aaron Alford was Dorner's college football coach. They've kept in touch over the years. Alford said, "He just wanted to be an officer. ... He was just like -- 'It fits who I am. I really like the military and I think the transition into being a police officer would fit.'"

But during his three years with the LAPD, the man with the smile became angry and depressed. He accused a fellow officer of using excessive force. A review panel found he had lied. Dorner was fired in 2008. In his manifesto he writes, "I stood up for what was right...and you did nothing but get rid of what you saw as the problem: the whistleblower...You're going to see what a whistleblower can do when you take everything from him, especially his name."

Despite his vindictive tone, he also offers lavish praise and words of advice for everyone from football's Tim Tebow to talk show host Ellen DeGeneres.

But of every insult he allegedly suffered in the LAPD, Dorner adds he's turning his military and police training against those he says did him wrong: "I will utilize every bit of small arms training, demolition, ordinance and survival training I've been given."

Usera recalled one thing: that Dorner was always sensitive to anything he considered to be a racial slight. In his manifesto, Dorner writes he believes race was a factor in his treatment by LAPD: "When the truth comes out, the killing stops," he writes, then he adds, "Unfortunately, I will not live to see my name cleared."

More than 100 police officers are searching the mountains outside Los Angeles for Dorner. On Thursday, in their rush to stop Dorner, police accidentally shot and wounded two women delivering newspapers and they fired on a third person.

Discussing the officers who are searching for Dorner, CBS News' senior correspondent and former head of the LAPD's Major Crimes Division, John Miller, said, "I think you have different sets of officers. There are people mentioned in his manifesto who are thinking 'Am I'm safe -- I can take care of myself. Is my family safe?' (Dorner has) crossed that line that even criminals don't cross, which is going after the families of officers."

He continued, "And then there are the special teams that are after him. One of them is like the SIS, that's the special investigation section. They're a high-tech, high-end surveillance, heavy weapons and investigative unit, and this is the kind of case they would be deployed on, but they're looking at how do we take a guy who has promised to come at us with, with, he used the term 'violence of action,' and turn that around and essentially the only way to confront him in the street without that becoming a shoot-out that ends in his death is to do it with extraordinary speed and surprise."

For Bill Whitaker's full report and more with Miller, watch the video in the player above.

Family of youngest bar massacre victim: "It's not about gun control"