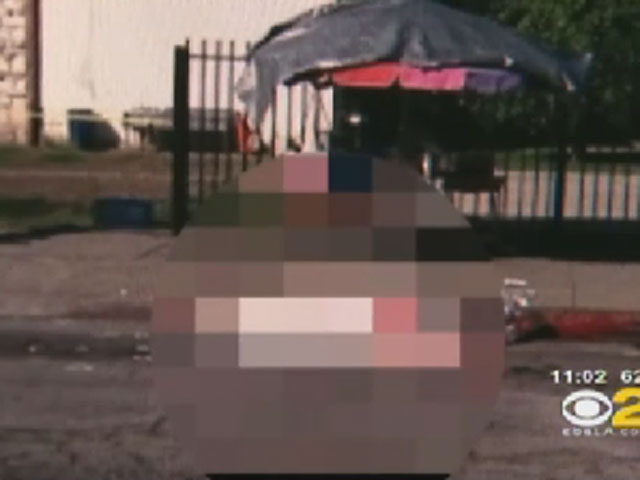 (CBS/AP) LOS ANGELES - An LAPD Detective has recently come under fire after he tweeted a picture of a bloody crime scene to his 3,265 followers last week.

Sal LaBarbera, who goes by the Twitter handle @LAMurderCop, has been working the criminal gang homicide division for 26 years, according to CBS station KCBS. In the year that he's been on Twitter, KCBS reports LaBarbera has often tweeted about the crime scenes, but now some are questioning if it's appropriate to show such graphic images on social media.

"Guess where I'm at??? It never ends," the detective tweeted on Tuesday, Oct. 11, along with a photo of a murdered male covered by a sheet. The tweet was picked up by a local arts blog, La Taco, which called LaBarbera's tweet "callous" and "disrespectful to the community" in a post Friday.

The blogger -- Erick Huerta, a 27-year-old Boyle Heights resident -- writes, "When officers start doing this, it is like becoming numb and lax. I understand it's not an easy job, but [they] have to keep up professionalism."

LaBarbera told KCBS that he's always tweeted about similar crime scenes to raise awareness about gang violence in the South LA community he serves. He says the bloody crime scene photo was "work related," and he does't believe he did anything wrong and he has no regrets in tweeting the photo.

LaBarbera told KCBS that he hoped the message he has been trying to get out regarding gang violence would not be lost in the controversy over a single photo.

According to the New York Daily News, police say the victim in the photo, Oscar Arevalo, 32, was shot in a gang dispute around 9 a.m. last Tuesday.

The LAPD told KCBS that there is an internal investigation underway and there is no set department policy  pertaining to employees using social media.