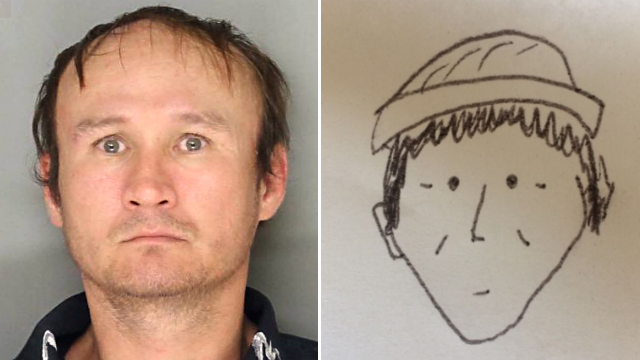 LANCASTER, Pa. -- Police say a hand-drawn sketch has helped investigators identify a suspect in a theft from a Pennsylvania farmers market. Lancaster police say the suspect pretended to be an employee before stealing an undisclosed amount in cash from a stand inside Central Market Feb. 6.

A witness provided a simple black-and-white drawing to officers, and police say while the drawing was cartoonish it helped remind an investigator of a potential suspect.

In a Facebook post, Lancaster police conceded the sketch was "cartoonish" but it helped identify the suspect, Hung Phuoc Nguyen.

"While the sketch provided by the witness may have appeared amateurish and cartoonish, it, along with the distinctive physical descriptors, jogged the memory of at least one investigator to provide a potential suspect name," the post read.

WHP-TV reports a photo of the suspect was given to the witness, who made a positive identification.

Police are now searching for the 44-year-old suspect on two counts of theft.