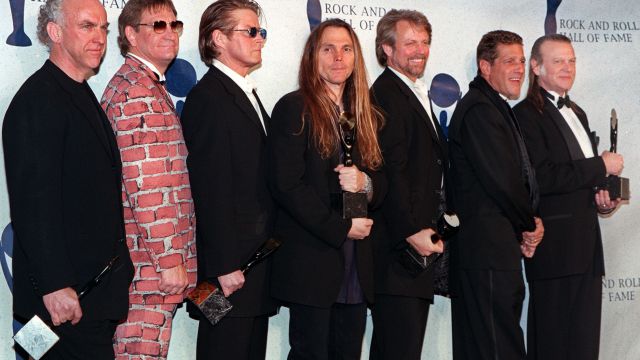 LOS ANGELES --The wife of Randy Meisner, former member of the band The Eagles, was fatally shot Sunday in the couple's North Hollywood home in what police are calling a tragic accident.

Lana Meisner was found suffering from a single gunshot wound after officers responded to a radio call around 7 p.m. Sunday, the Los Angeles Police Department said Monday in a news release. She was pronounced dead at the scene.

Police say Lana Meisner was moving a rifle that was stored inside a case in the closet. As she lifted it, another item within the case shifted and hit the trigger, causing it to fire, according to police.

Randy Meisner was cooperative through the investigation, police say. The death was ruled an accident after an investigation by Valley Bureau detective personnel and the Los Angeles Coroner's Office.

Shortly before the fatal shooting, around 5:30 p.m. the same evening, North Hollywood officers responded to a radio call of a woman asking for help because of a possibly-intoxicated man. The officers took a domestic violence incident report and left.

There was no crime committed in the domestic violence incident and the report is not public, according to the LAPD.

Police are asking anyone with information to come forward.