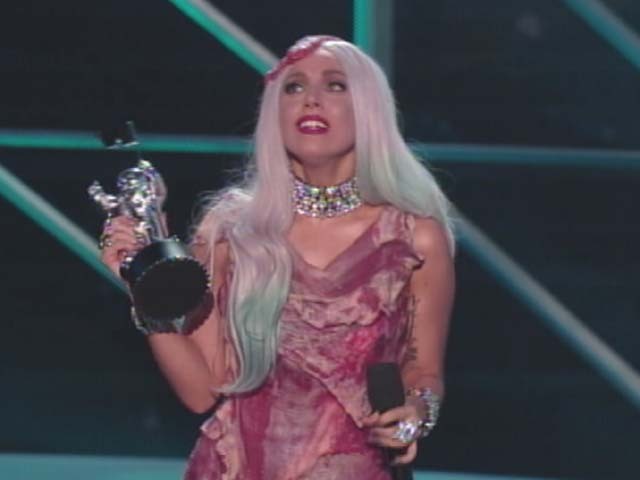 Lady Gaga is not only known for her music, but also her outrageous looks. But Gaga's concepts are not always obvious.

Last year, Lady Gaga made headlines when she wore an outfit made of raw meat to the MTV Video Music Awards, accompanied by several discharged gay service members.

"The moral and ethical and political implication of that outfit was far beyond what most people think, which is, 'Eew.' Right?" Lady Gaga told CNN's Anderson Cooper.

"But the reality of it is I was there with four soldiers that had been discharged under the pretense of 'Don't ask, don't tell,'" Lady Gaga said.

"And, you know what? What I was really trying to say was dead meat is dead meat. And anyone that's willing to take their life and die for their country is the same. You're not gay and dead, straight and dead. You are dead," she added.

Not everyone may have gotten the message behind the meat, but the constant costume changes help the pop star maintain the public's curiosity.

The Griffin brothers' journey to the NFL