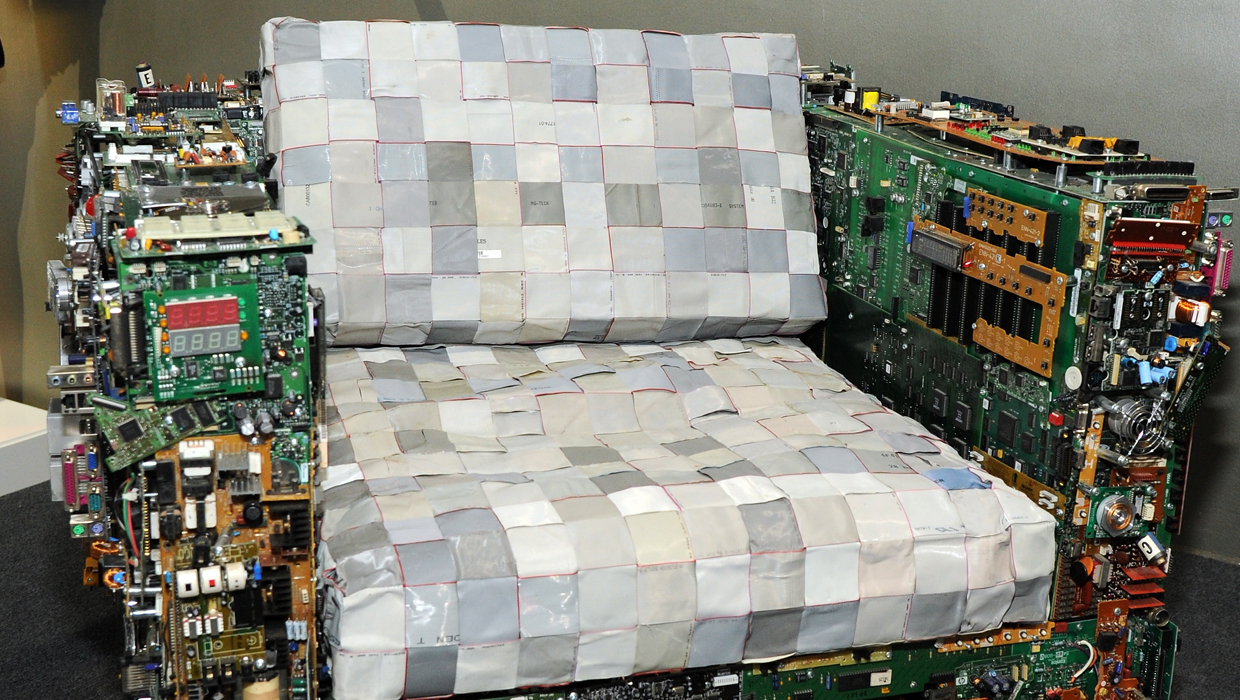 Wired magazine opened a new pop-up store in New York this month, and visitors who pass through will get to see some pop-star technology-driven memorabilia.

One of the items on display is Lady Gaga’s Binary Chair, featured in photography for the singer's new "ARTPOP" album. The hardware chair is covered in circuit boards, computer chips, LCD screens and hard drive disks. Conceived by artist Benjamin Rollins Caldwell, the chair -- composed of an outdated industrial printer -- will be on display through Dec. 22.

Also inside the shop is Katy Perry's CuteCircuit Miniskirt. Worn by the pop star during her performance at the iTunes Festival 2013 in London, the skirt can be programmed to receive and display Tweets in real time. Perry does love a good tweet, so it’s no surprise to have spotted the "Roar" singer donning a wearable tweetable miniskirt earlier this year.

Actor Norman Reedus of "The Walking Dead" was on hand at the Wired store's launch last week to show off his other talent: photography. His photography work is featured in the book, "The Sun's Coming Up…Like a Big Bald Head," which is on display there as well.

Joining Reedus at the launch was dancer Mark Ballas, Danielle Brooks of "Orange is the New Black" and Katrina Bowden of "30 Rock" fame. James Murphy of LCD Soundsystem served as DJ for the opening at the Meatpacking-based shop.