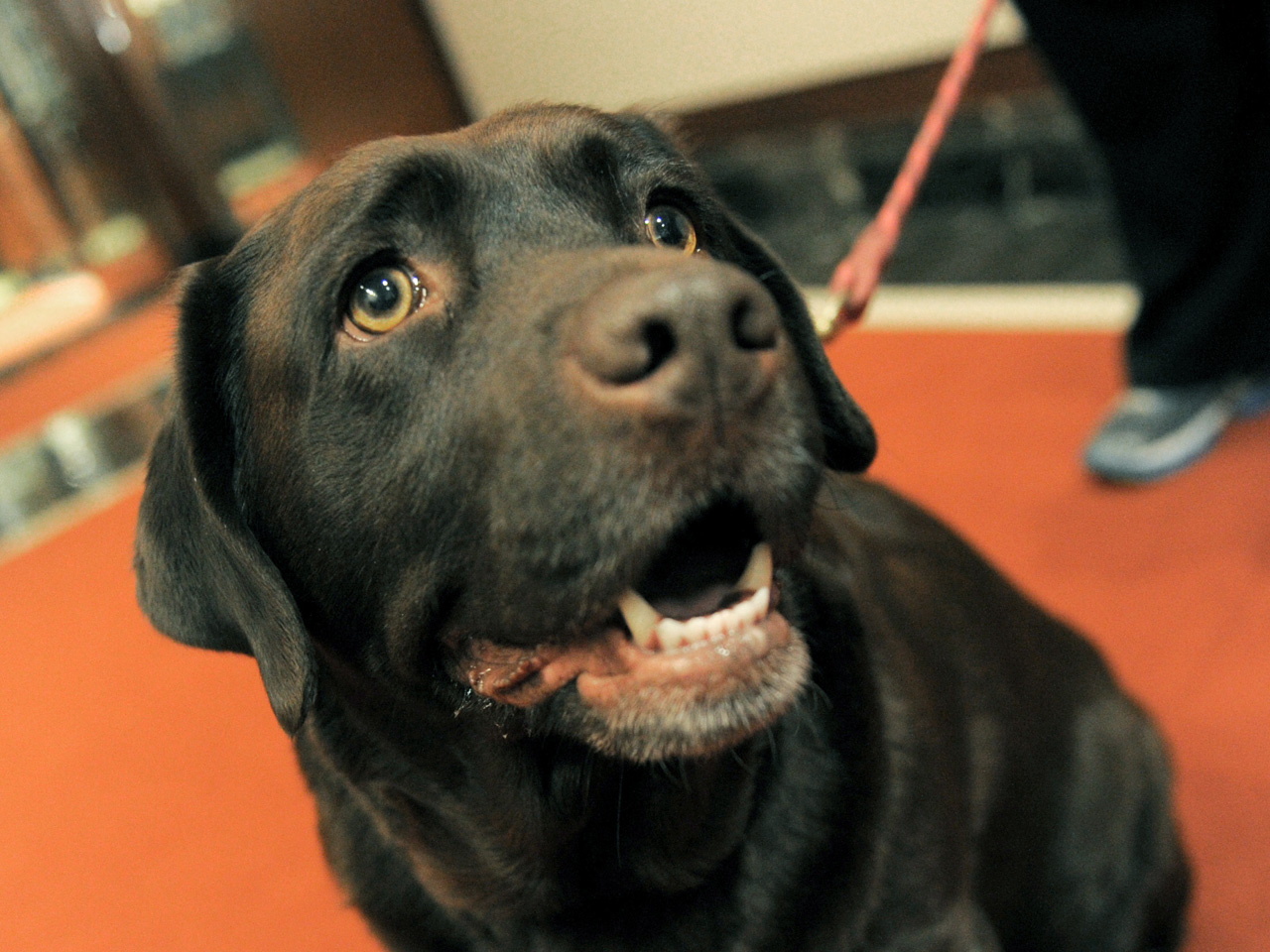 Labs reigned as the nation's top dog last year for the 24th year after breaking poodles' decades-old record in 2013, according to American Kennel Club rankings released Thursday. But bulldogs have hit a new high -- No. 4 -- and their bat-eared cousins, French bulldogs, sauntered into the top 10 for the first time in nearly a century.

German shepherds, golden retrievers and beagles are holding their own in the top five, with Yorkshire terriers, poodles, boxers and Rottweilers filling out the top 10. Dachshunds slipped from 10th to 11th.

Bulldogs' rise is no surprise to fans who extol their unmistakable, push-faced expressions and generally calm demeanors.

"They just have such character," says Bulldog Club of America communications chairwoman Annette Noble. The breed is known for being gentle but resolute - given direction, a bulldog may well want "to think about it first and decide whether it's worth it," as Noble puts it.

The smaller, less jowly French bulldog -- sometimes dubbed "a clown in the cloak of a philosopher" -- has surged from 49th to 9th in a decade.

Frenchies were No. 6 in the decade of the 1910s, but their prevalence later waned. Then appearances in movies, TV shows and advertising raised their profile in recent years.

Labrador retrievers hit the top 10 in the 1970s and haven't left since.

Originally bred to fetch game, Labs have proven able and willing to play virtually any canine role: search-and-rescue and police work, agility and other dog sports, guide and therapy dog work, and sensitive family companion. Breeder Micki Beerman recalls one of her Labs winning over a hesitant child by gradually moving closer, until the child began to pet the dog.

"They're just very intuitive," said Beerman, of Brooklyn. "They kind of know when you need them."

The AKC doesn't release raw numbers, only rankings. They reflect puppies and other newly registered dogs.