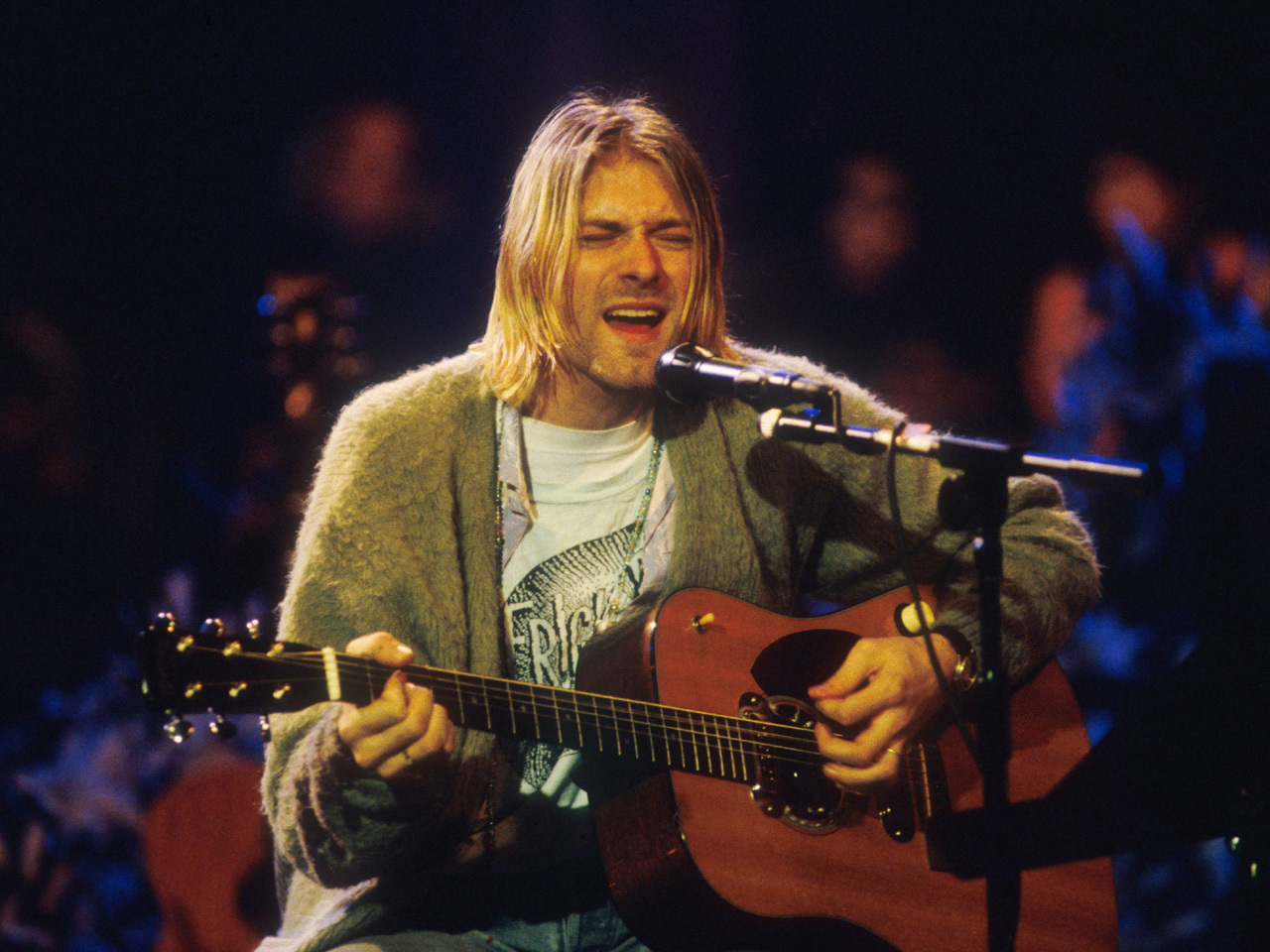 (CBS) On April 5, 1994, Nirvana's Kurt Cobain killed himself with a shotgun. On April 8, when the story began making the airwaves, I walked into my neighbor's dorm room, unaware of the news.

My neighbor told me he heard it on the radio. I went back to my room, turned on a local rock station and within minutes the story was confirmed.

(Watch "About a Girl" from Nirvana's "MTV Unplugged" appearance below)

Cobain's body was found in the garage apartment of his home in Seattle. Later, it was determined the death was a suicide. He was 27.

For young rock fans like me, it was rotten news, if not much of a surprise. Cobain struggled openly with addiction and depression and had been hospitalized for a near overdose the month before his death. The first line on Nirvana's "In Utero," the proper follow-up to its breakthrough album, "Nevermind," is, "Teenage angst has paid off well. Now I'm bored and old." How could we be shocked he was dead?

In the years since his death, Cobain has been lionized by some, demonized by others, and he's been made into all sorts of things by the press: The father of grunge; the depressed, suicidal genius; the rock star with a power hungry wife; the sad rock star who got in over his head. Rolling Stone's David Fricke called him the closest thing to my generation's John Lennon.

Whatever he was, he wrote some great songs ("Heart-Shaped Box," "Frances Farmer Will Have Her Revenge on Seattle," "Milk It"). He wrote some not-so-great songs ("Lounge Act," "Scentless Apprentice," which was written with his bandmates). Those who like to wallow in nostalgia on days like this are probably lucky there are so few Nirvana outtakes.

He had a highly listenable voice that sounded like tearing flesh and, after a succession of drummers, a stellar rhythm section featuring Krist Novoselic on bass and Dave Grohl behind the kit. Maybe the coolest thing about him? Left-handed guitarist.

Bottom line: His story is sad.