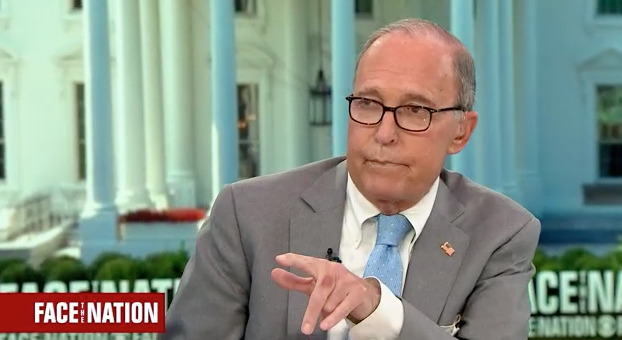 President Trump's chief economic adviser Larry Kudlow says that trade negotiations with the European Union are set to begin "immediately" following a meeting between Mr. Trump and European Commission President Jean-Claude Juncker. The two agreed to work toward "zero" tariffs and hold off on additional tariffs at the meeting at the White House on Thursday.

Kudlow said the U.S. will be "very accommodati[ng]" to the EU as they begin talks over a new trade deal. "We will have an actual  transaction guaranteed, starting out right away with soybeans, beef and liquid natural gas, LNG, which is a huge topic," Kudlow said of the trade deal. Juncker said the EU would commit to purchasing more soybeans and natural gas.

Last week's announcement came as a surprise to many as the meeting came just one week after Mr. Trump referred to the EU as a "foe" of the U.S. On Thursday, however, Mr. Trump said the U.S. and EU are establishing an executive working group to hash out details on trade and assess existing tariffs "to the betterment of both."

While concerns still exist over as impacts of the president's trade deals play out, Kudlow told "CBS This Morning" that Americans shouldn't "blame Trump" for the tariffs' negative impacts on agricultural and manufacturing workers. Instead, he faulted a "broken" World Trade Organization and decades of "trading malpractice" that predated Mr. Trump's presidency.

On Sunday, he told "Face the Nation" that tough tariffs are sometimes necessary to strike a deal. "Trump has said he wants to end tariffs, end non-tariff barriers, end subsidies and he is a free trade, but some times you have to target tough tariffs to do so, and that's what he's doing, and it's beginning to show some success."

Former U.S. Envoy to Afghanistan on trusting the Taliban and why he resigned