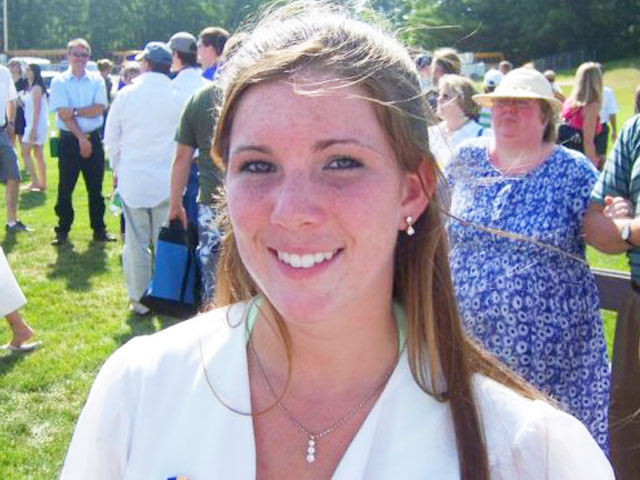 (CBS/WBZ) CONWAY, N.H. - The family of missing Maine mother Krista Dittmeyer released a statement after police announced Wednesday that they recovered Dittmeyer's body in a pond not far from where her car was found abandoned last week at a ski area with her toddler inside.

Dittmeyer's family in the statement said they are "devastated but [want] to thank everyone for their support and [request] to be left alone at this time."

The 20-year-old Portland, Maine mother's body was found by divers in a retaining pond about a quarter-mile from where her car was found idling Saturday in the parking lot of Cranmore Mountain ski area in Conway, a town of 10,000 people.

Senior Assistant Attorney General Jane Young said an autopsy would be done Thursday to determine the cause of Dittmeyer's death. She described the death as "suspicious," but she would not elaborate or comment on possible suspects.

A crime scene unit was seen at the pond earlier Wednesday, but police pushed media back from the area, reports CBS station WBZ.

According to WBZ, police say Dittmeyer, who lives and works in Portland and has ties to Bridgton, Maine, last talked to family members at about 8 p.m. Friday by phone.