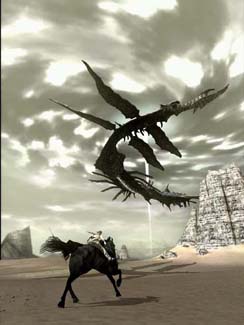 Nothing about the Australian Open final sparkled except the eyes of Petr Korda as he completed an emotional journey from tennis oblivion back toward the pinnacle of the sport with his first Grand Slam victory.

The 30-year-old Korda, near retirement from relentless pain a few years ago, celebrated his revival Sunday by falling to his knees in prayer, cartwheeling across court and climbing into the stands to hug his wife and daughter after a 6-2, 6-2, 6-2 romp over wooden, error-prone Marcelo Rios.

Korda played solidly, if unspectacularly, but that's all he had to do against the Chilean, who could barely keep the ball on court and could never pressure Korda.

Korda, who will reach a career-high No. 2 in the next rankings, is the first Czech man to win the Australian title since his idol, Ivan Lendl, in 1989 and 1990. In his family home in the Czech Republic, Korda still has a poster autographed by Lendl. Only one other Czech man, Jan Kodes, ever won a Grand Slam title.
Korda also is the oldest Grand Slam winner since Andres Gomez, a few months older, captured the French Open in 1990.

Rios, who will reach a career-high No. 5 in the next rankings, was the first South American to reach the Australian final since Guillermo Vilas won in 1978 and 1979, and the first Chilean in a Grand Slam final since Luis Ayala was runnerup in the French Open in 1958 and 1960.

Korda, who lost to Rios in straight sets in the first round of last year's Australian Open and fell in the first round two years ago, ruled this match from the sixth game of the opening set, when he broke Rios for the second time for a 4-2 lead.

Korda then held at love and broke Rios for a third straight time to close out the set in 27 minutes. Rios put up little resistance in the second set, going down by the same score in the same amount of time. By then it was clear Korda would have no letdown, and Rios would have nothing in him to claw his way back as he believes he's learned to do.

"I was waiting for this this a long, long time," Korda told the crowd. He gave special thanks to his wife, Regina, saying, "What we went through was unbelievable. ... I didn't believe it could happen. It's a dream come true."

Korda celebrated his semifinal victory with springy delight: three cartwheels, two scissors kicks, one soaring spread eagle. It was a special moment, he said, a confirmation that at his ripe tennis age and six years after his only other Grand Slam final in the French Open, he was back near the top.

Once held back in the juniors and denied meal money by the rigid bureaucrats of the former Czechoslovakia, Korda seemed to have peaked in 1992 then faded after reaching No. 5. He nearly quit tennis forever three years ago because of unbearable pain in a torn groin muscle.

"I didn't want to live in constant pain," he said before the final. "I wet for surgery just to be OK for my normal life. But then I got the spirit again, and since that time I am probably enjoying tennis more than I was even in '92 or '93 because I know my clock is running against me.

Surgery healed his body, marriage and fatherhood gave him a new zest for life. A skinny, 6-foot-3, 160-pounder with a tuft of spiky blond hair atop his triangular head, Korda has been variously called "the human toothbrush," "the wild dandelion," and "eraser head." He takes it all with a good-natured smile, saying the beauty in his family belongs to his wife and bubbly 4-year-old daughter.

If Korda lacks visible muscles, he has the kind of sinewy toughness that is all he needs in tennis.

"I know what is inside of me," Korda said. "I don't need muscles. I cannot look like Arnold Schwarzenegger."

His rehabs from hernia surgery, groin surgery, sinus surgery were less difficult for him physically, he said, than mentally and emotionally.

"I always knew I could play tennis," he said. "My left hand was always there. I didn't lose a step, and still I was hurting. I was just not capable of doing what I really enjoy 100 percent. I had some very low moments in my life. But I was always surrounded with people who helped met to straighten up my back again."

Korda pocketed a $412,000 winner's check, while Rios won $206,000. Rios could have used more, saying even the top prize wouldn't cover his losses at blackjack the past two weeks. He gambles wherever he can on the tennis circuit, from Monte Carlo to Las Vegas to Melbourne, and he loses more often off the casinos than he does on the courts. Rios has hurt himself in other ways. The pony-tailed, 22-year-old Chilean has earned a reputation as the sourpuss of the sport, a player who looks forever unhappy, win or lose, stays aloof from everyone else, and "tanks" match when he's down, rather than fighting back. For years, his motto could have been, "No mas!"

Though still uncomfortable in the spotlight, he's worked the last two years to change his image on the court. But in this match, the biggest of his career, all he did was reinforce that old image of a player with no heart.