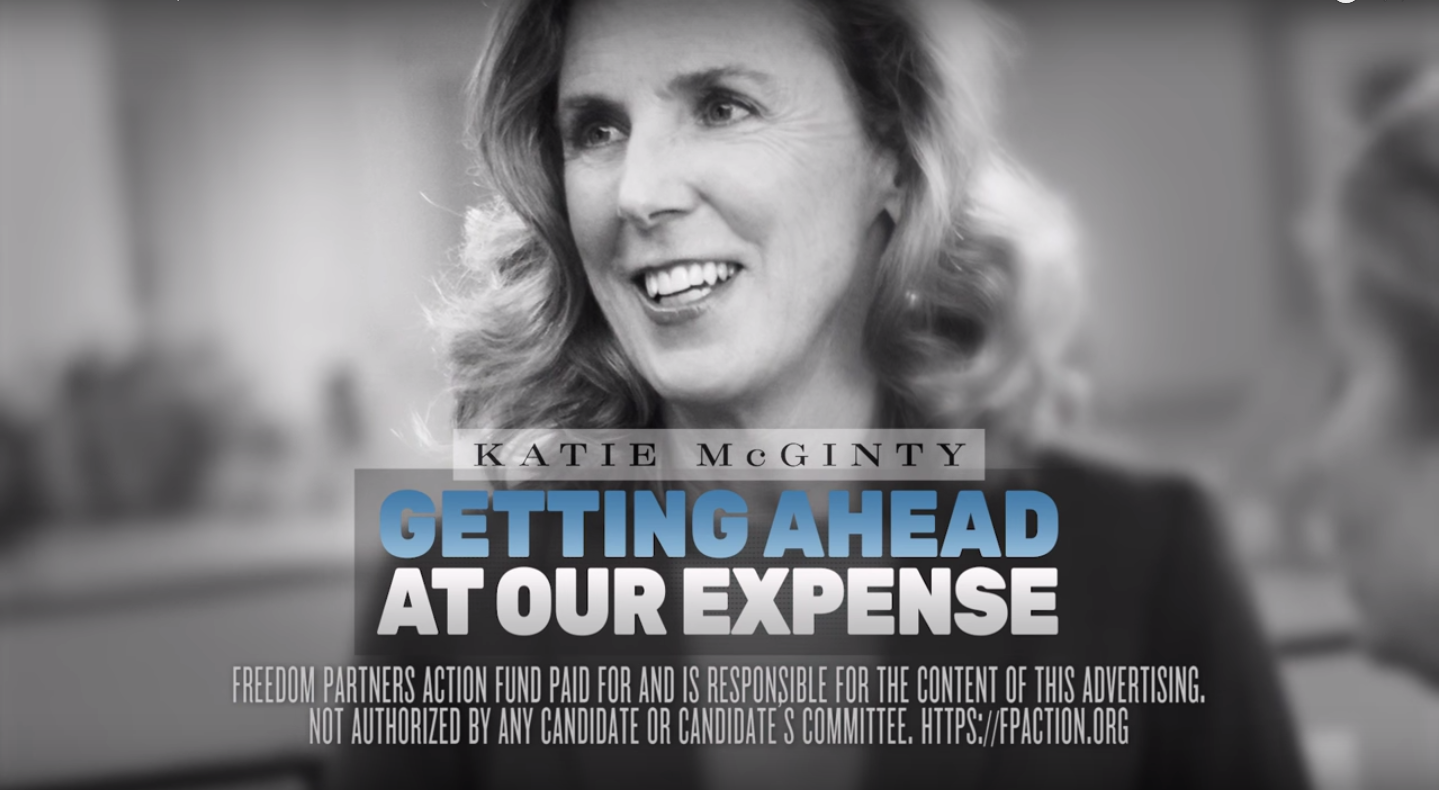 As polling shows Pennsylvania Sen. Pat Toomey trailing his Democratic opponent, Katie McGinty, a Koch-backed group is coming to his aid and hammering McGinty with a new ad.

The spot from Freedom Partners Action Fund, obtained by CBS News, alleges that McGinty gave special favors to companies she had personal ties to.

“As a state official Katie McGinty awarded millions of tax dollars to favored groups and companies, including one that paid her husband thousands,” says the narrator of the ad. “And when she left, she took a six-figure position with another of the companies.”

“Special deals. Special interests,” the ad continues. “Katie McGinty: Getting ahead at our expense.”

Toomey, a first-term Republican senator elected during the GOP wave of 2010, is one of Democrats’ top targets in their quest to retake control of the Senate this fall. And though he’s worked to separate himself from GOP nominee Donald Trump, polls show Toomey beginning to fall behind in the race.

The ad buy is for $1 million, and it will run on television in Pennsylvania for two weeks. It brings Freedom Partners’ total investment in the race to $7 million.