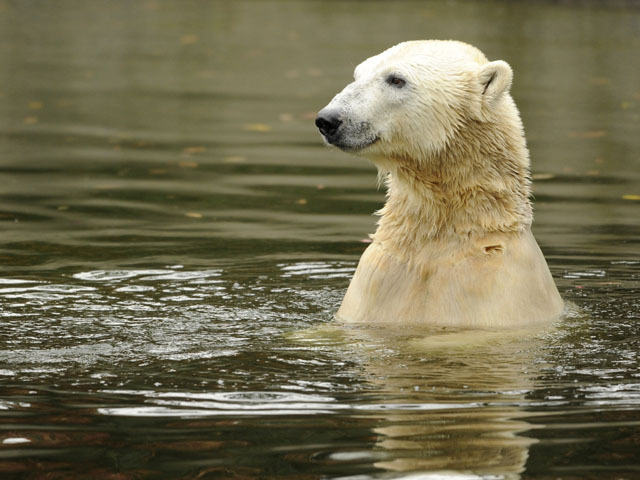 BERLIN - He was the darling of Berlin, an international superstar, a success story of beating the odds. And now Knut, the five-year-old polar bear who spent his whole life raised by humans, is dead.

The cause of death is unknown.

The Berlin Zoo's bear-curator, Heiner Klos, said that Knut was found floating in the water in his cage.

Knut started life in the Berlin Zoo, the first polar bear born there in thirty years. For unknown reasons, the cub was abandoned by his mother, and was raised by his trainer Thomas Dorflein.

As the only polar bear ever raised by humans, Knut was an instant sensation. Ticket sales at the Zoo doubled in Knut's first year, and his fuzzy face could be found on everything from postcards to stuffed animals to bank debit cards.

Animal rights groups originally opposed the idea of humans raising a polar bear, saying he should have been left for dead.

But Knut's adorable face - and the clear affection between him and his trainer Dorflein - quickly won over skeptics.