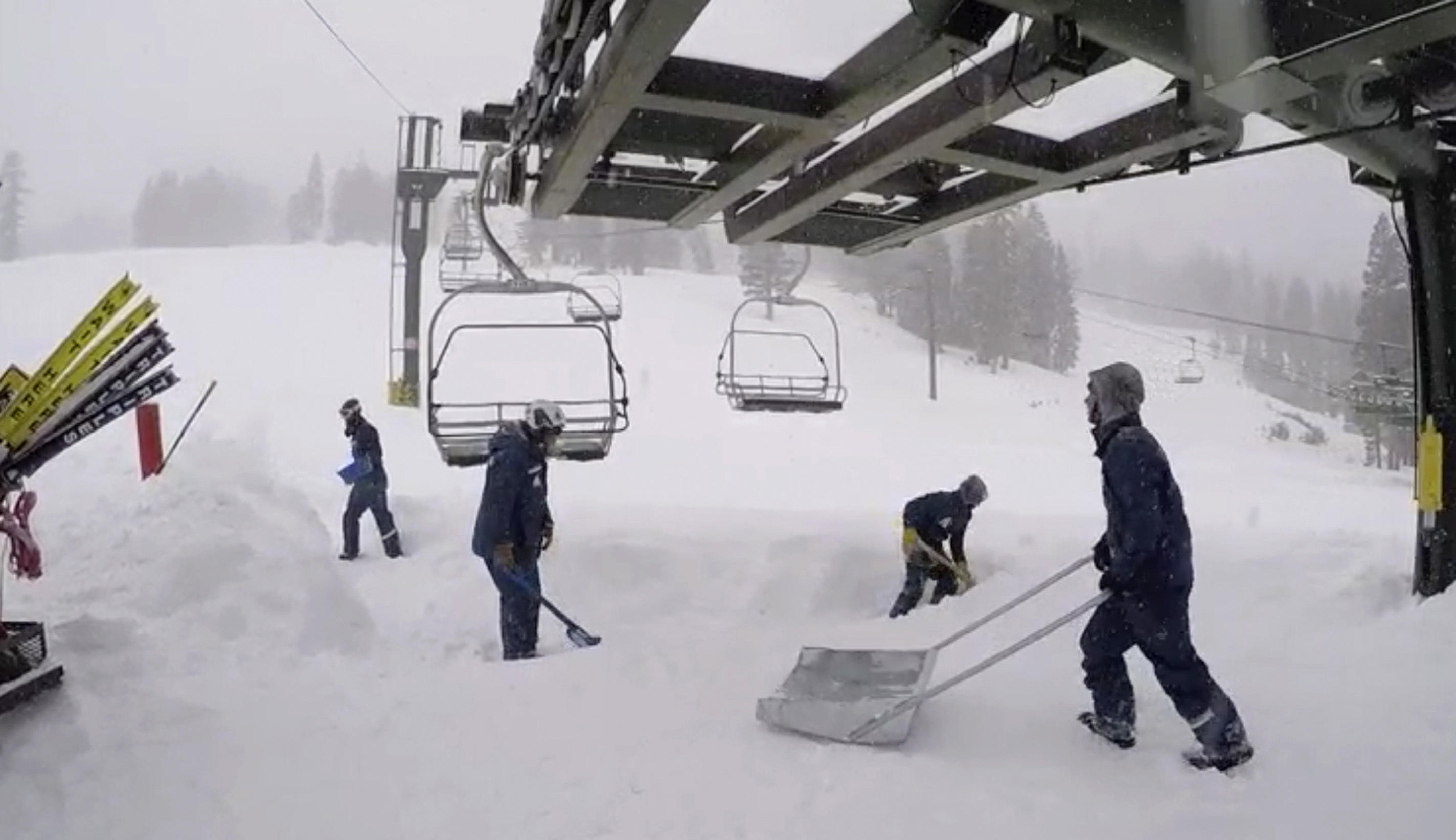 KIRKWOOD, Calif. -- A massive block of snow fell from a roof and buried a mother and her 7-year-old son just feet from the front door of their Northern California mountain condo, authorities said. Olga Perkovic and her son Aaron Goodstein had been skiing in the Sierra Nevada near the Nevada state line, the Alpine County Sheriff's Department said.

They were returning home Sunday when a chunk about the size of a trailer fell from the roof, burying them under about 3 feet of snow. Both died.

"It was a freak accident," Undersheriff Spencer Pace said Monday. He said warming temperatures often cause snow to slide off roofs, occasionally injuring people. But he said neither he nor the sheriff can recall sliding snow ever killing anyone in the three decades they've been there.

Pace said Perkovic's mother, who was staying in the condo with the family of five, reported the pair missing at about 6:40 p.m. Sunday.

Rescuers searched the nearby Kirkwood Ski Resort for hours because the pair's last known location was a ski lift where they had scanned their tickets at about 4 p.m., authorities said.

Pace said it appears the two skied an "alternate" route home from the slopes that took them between buildings on a path that is unpaved in the summer.

At about 9 p.m., a neighbor spotted ski gloves next to the condo, realized they were beneath the snow and called 911.

The mother, 50, and son from San Francisco were airlifted to a hospital where they were declared dead, Pace said.

They were the third and fourth skiers to die at California resorts since a major snowstorm late last week.

The region's largest storm of the winter season dumped more than 6 feet of snow in the area over the last week, according to the Kirkwood ski resort, which is about 180 miles east of San Francisco.