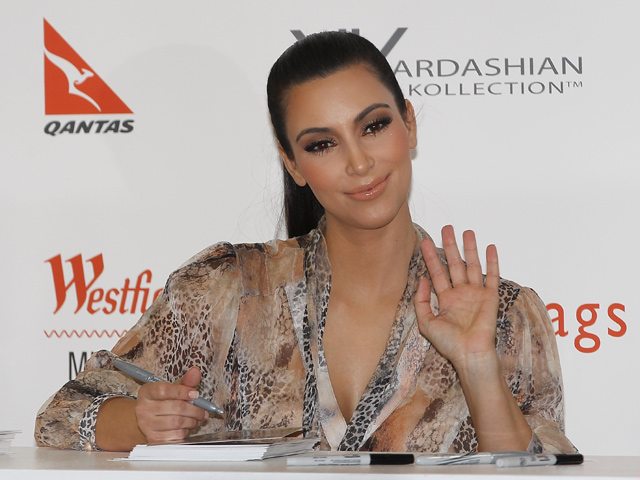 (CBS) Elizabeth Taylor's jewelry collection sold for a whopping $137 million at auction this week - and one of the buyers was Kim Kardashian.

The TV personality dropped $64,900 dollars for three jade and diamond bracelets that belonged to the screen legend, Forbes reports. They were originally estimated to sell for $8,000.

The bangles were created by jewelry designer Lorraine Schwartz, a friend of both Kardashian and Taylor. Schwartz was at the auction and purchased the bracelets for Kardashian, according to the report.

She told Forbes that Taylor wore the black, white and lavender trio almost every day, particularly in the later part of her life.

Kardashian was one of the last people to interview the Hollywood legend before her death in March, at the age of 79.

In the March 2011 issue of Harper's Bazaar magazine, Taylor told Kardashian, "I never planned to acquire a lot of jewels or a lot of husbands. For me, life happened, just as it does for anyone else. I have been supremely lucky in my life in that I have known great love, and of course I am the temporary custodian of some incredible and beautiful things."

Kardashian said she admired Taylor, and felt her presence in the jade bangles.

"If you have a piece of jade, the energy goes into the piece and you absorb the energy," she told Forbes. "So I can feel Elizabeth in the piece."

"Elizabeth Taylor is iconic," Kardashian added. "She is my idol and my icon."

The auction of Taylor's clothing, art, scripts and other memorabilia continues through Friday at Christie's auction house. An online-only sale of select items will end on Saturday.