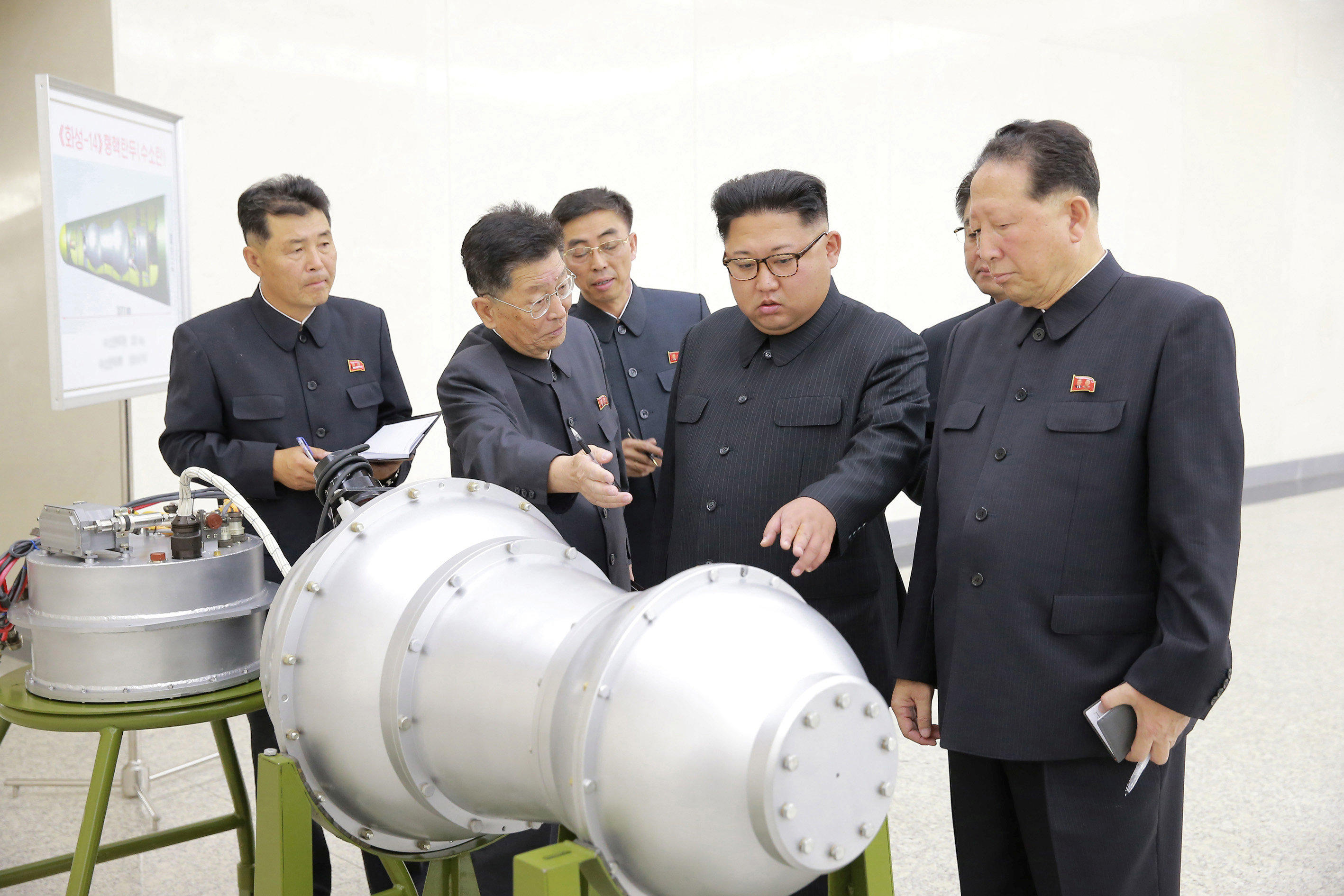 TOKYO -- North Korean leader Kim Jong Un said Monday the United States should be aware that his country's nuclear forces are now a reality, not a threat. But he also struck a conciliatory tone in his New Year's address, wishing success for the Winter Olympics set to begin in the South in February and suggesting the North may send a delegation to participate.

Kim, wearing a Western-style gray suit and tie, said in his customary annual address his country had achieved the historic feat of "completing" its nuclear forces and added he has a nuclear button on his desk.

"The U.S. should know that the button for nuclear weapons is on my table," he said during the speech, as provisionally translated by the AP. The official transcript of his address was expected to be released shortly. "The entire area of the U.S. mainland is within our nuclear strike range. ... The United States can never start a war against me and our country."

Last week, North Korean officials said it was a "pipe dream" for the United States to think the isolated nation would give up its nuclear weapons, and called tough new U.N. sanctions targeting the country "an act of war" that violate its sovereignty.

Kim also called for improved relations with the South, an idea mentioned in speeches more often than it is met. He said the Pyeongchang Winter Olympics would be a good opportunity to showcase the status of the Korean nation.

He said the North and South could meet urgently to discuss the North sending a delegation.

"The Winter Olympic games that will be held soon in the South will be a good opportunity to display the status of the Korean nation and we sincerely wish that the event will be held with good results," he said.

South Korea's presidential office says it welcomes the proposal to hold talks between government officials over the issue of North Korea sending a delegation to the Olympics. The office of President Moon Jae-in says the successful hosting of the Pyeongchang Olympics will contribute to peace and harmony not only on the Korean Peninsula and in northeast Asia but in the entire world.

The New Year's address is an annual event in the North and is watched closely for indications of the direction and priorities Kim may adopt in the year ahead.

This year's speech was seen as particularly important because of the high tensions over Pyongyang's frequent missile launches and its nuclear test in 2017. The tests were the focus of fiery verbal exchanges between the North and U.S. President Donald Trump, who has derisively called Kim, "little rocket man."

North Korea carried out a number of nuclear tests last year, including a test on Nov. 29 of its most powerful intercontinental ballistic missile yet.

Kim also stressed North Korea's economic achievements during the speech, and noted the importance of improving the nation's standard of living.