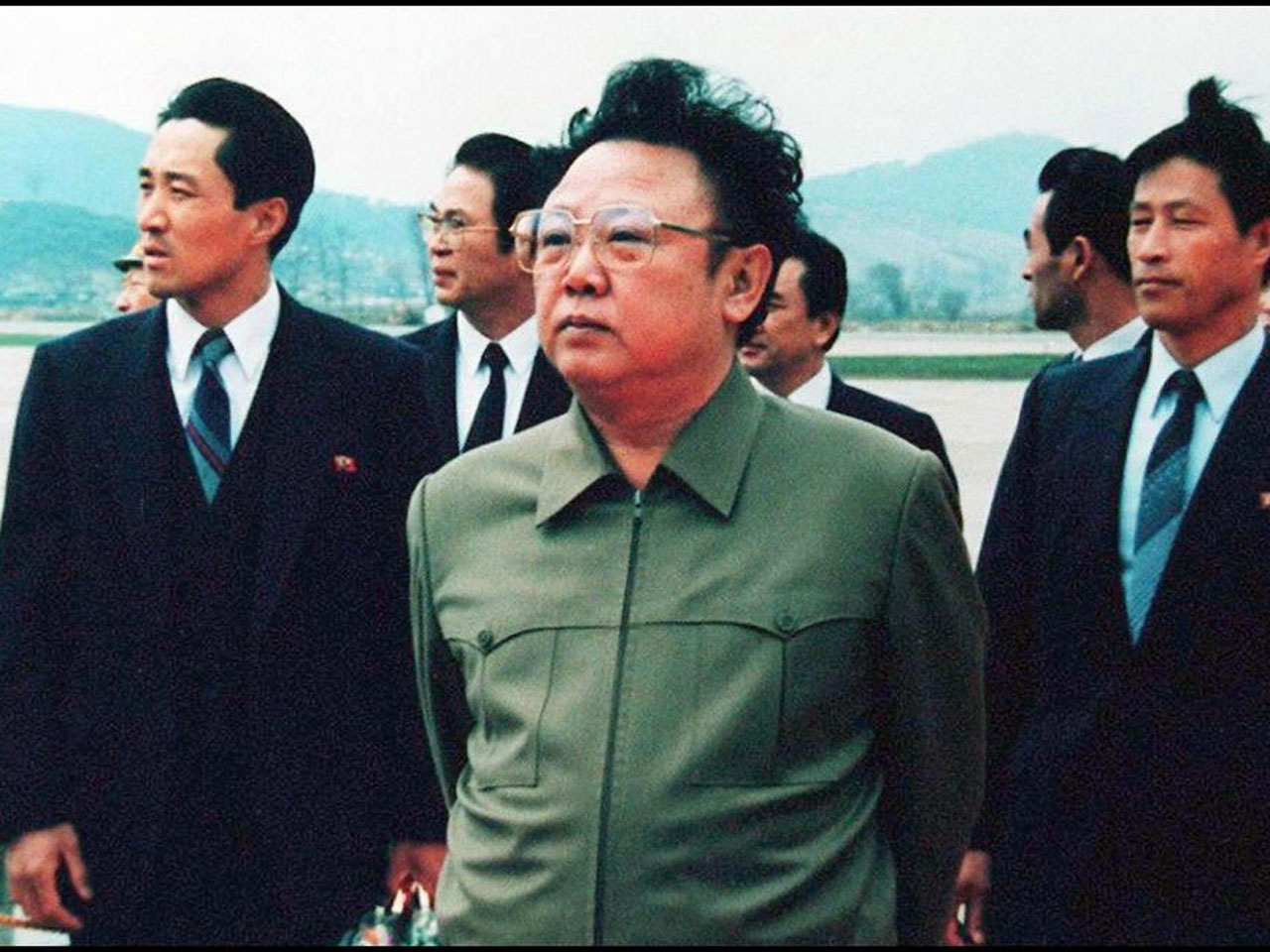 Kim succeeded his father, President Kim Il Sung, but he never took the title of President, being dubbed instead by the government as North Korea's "Dear Leader" and the chairman of its National Defense Commission. He was the first leader of a communist state to inherit power.

Kim's persona, and mystery concerning his private life, extended even to his place of birth. Some records say he was born in the former Soviet Union, although one of the official biographies says he was born in a small mountain village in North Korea.

At the time of his death at 69 from an apparent heart attack, Kim's legacy - in addition to fostering the militarization of North Korea and further impoverishing its people - was a consistent defiance of the United Nation's ban on the development of nuclear weapons and the testing of long-range ballistic missiles.

The reclusive dictator rarely traveled, except for trips to China, North Korea's most vital ally.

Kim never set foot in U.N. headquarters in New York, even after both North and South Korea were admitted as separate U.N. member states. Instead, he chose to openly defy the global body's sanctions on his nuclear program from afar.

Twice during Kim's reign he suspended his nuclear programs - first in 1994 and later in 2007 - and sent diplomats to participate in multi-party negotiations. But both times the talks yielded little, and North Korea returned to its nuclear weapons program and testing ballistic missiles.

In 2009, in an unprecedented effort to deliver a message to Washington, North Korea's Ambassador to the U.N., Sin Son Ho, initiated a call to CBS News to discuss denuclearization of the Korean Peninsula, and to call on President Obama to participate in direct talks. The Obama administration has always favored the so-called six-party talks framework, which also includes China, South Korea, Russia and Japan, to bilateral negotiations.

Then, in 2011, in what was called a "charm offensive," North Korean diplomats held direct talks in the U.S., on the 58th anniversary of the July 27, 1953 agreement to end the Korean War, and met face to face with an Obama administration representative at the U.S. Mission to the United Nations, looking, they said, to restart stalled talks aimed at diffusing a nuclear standoff and calling for a formal peace treaty that never materialized after the Korean War and negotiations.

In December, the U.S. and North Korea held talks in Beijing to resume food aid. The two sides were reportedly near a deal that was to see the U.S. resume shipments of desperately needed food aid - presumably in exchange for concessions by the North - as early as this week.

Kim's death, and the relatively unknown character of his son and successor Kim Jong Un, begins a period of both uncertainty and opportunity in the long saga of stalled talks with an isolated and dangerous nation.

Reactions from around the world and at the U.N. have differed. U.K. Foreign Secretary, William Hague, said: "The people of North Korea are in official mourning after the death of Kim Jong Il. We understand this is a difficult time for them."

Hague added a word of optimism, "This could be a turning point for North Korea. We hope that their new leadership will recognize that engagement with the international community offers the best prospect of improving the lives of ordinary North Korean people. We encourage North Korea to work for peace and security in the region and take the steps necessary to allow the resumption of the Six Party Talks on denuclearization of the Korean Peninsula."

Mixed emotions, some critical, some condolences were expressed on China's blogging platform, Sina Weibo, according to the Wall Street Journal, but the official reaction by China was an expression of condolences.