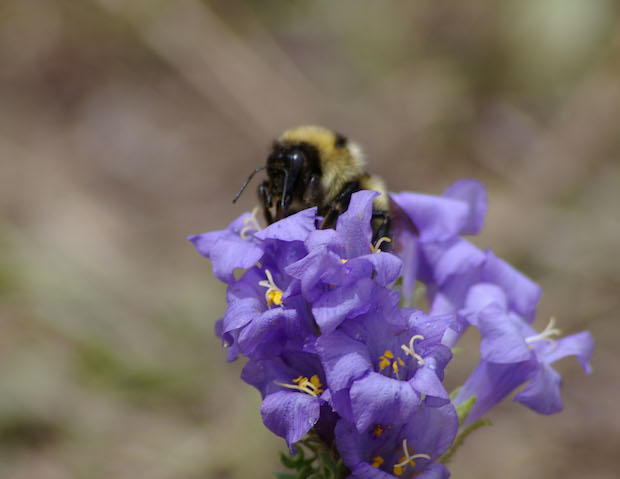 Call them "The Buzzing Dead."

Honeybees are being threatened by tiny flies that lead them to lurch and stagger around like zombies. The afflicted bees often make uncharacteristic night flights, sometimes buzzing around porch lights before dying.

Well-documented on the West Coast, some zombie-bee cases also have been detected in eastern states by volunteers helping track its spread. This comes as honeybees have already been ravaged in recent years by mysterious colony collapse disorder, vampire mites and nutritional deficiencies.

"We're not making a case that this is the doomsday bug for bees," said John Hafernik, a biology professor at San Francisco State University. "But it is certainly an interesting situation where we have a parasite that seems to affect the behavior of bees and has them essentially abandoning their hive."

It's not the only example of a parasite that is able to control the actions of its host, a relationship called host manipulation. An August study described a parasitic wasp in Japan that lays eggs in the back of a spider, then somehow forces it to change the shape of the web it weaves. As the wasp larva develops, the spider undoes its work on the web, remaking it into a structure that is more suitable to housing the cocoon in which the larva will grow into a wasp. The spider dies when it's done.

Hafernik in 2012 started a project to enlist people to track the spread of zombie bees called ZomBee Watch. Participants are asked to upload photos of the bees they collect and photos of pupae and adult flies as they emerge. They have more than 100 confirmed cases.

The fly had already been known to afflict bumblebees and yellow jackets. Then in 2008, Hafernik made a discovery after scooping up some disoriented bees beneath a light outside his campus office. Before long, he noticed pupae emerging from a bee.

That led to the first of many zombie honeybee cases found in the San Francisco area and beyond. Researchers believe Apocephalus borealis flies attack bees as they forage. The flies pierce the bees' abdomens and deposit eggs, affecting the behavior of the doomed bees.

A beekeeper in Burlington, Vermont, detected the first zombie case in the East, in 2013. Then this summer, amateur beekeeper Joe Naughton of Hurley, New York, discovered the first of two recently confirmed cases in the Hudson Valley, north of New York City.

"You know, the 'zombie' thing is a little bit sensational and some people hear that and they go right into alarm bells ringing," Naughton said. "Where the state of things are right now is mostly just fact finding."

And there are a lot of facts to find.

It's possible that zombie watchers like Naughton are just now detecting a parasite that has been targeting honeybees for a long time, though Hafernik notes that reports of honeybees swarming night lights are a recent phenomenon.

It's not clear if zombie bees can be linked to colony collapse disorder, a syndrome in which whole colonies fail after the loss of adult worker bees. Scientists have not been able to prove what causes CCD, though some believe it could be an interplay of factors including mites, pesticides and habitat loss. For now, threats like mites are more of a concern to researchers than the spread of zombie fly parasites.

"We have several other stresses on bees and we don't want any other stress like this one," said Ramesh Sagili, an assistant professor of apiculture at Oregon State University. "We have to be cautious, but I'm not alarmed that this parasite is going to create a big problem."