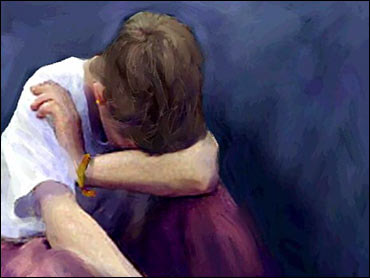 More than ever before, doctors are prescribing medication for kids who suffer from behavioral problems such as depression and hyperactivity. But it is still a controversial subject for doctors and parents alike.

Dr. Carden Johnston, the president of the American Academy of Pediatrics, tells The Early Show co-anchor Hannah Storm, "Medication, without counseling, is not a good idea. It can maybe divert the idea of your child's problem and so you'd like to work with a counselor."

Some of the problems that contribute to the rise of prescriptions for behavior problems in kids are too much TV and lack of parental supervision. Research has shown that kids who watch TV too much tend to be hyperactive, and that there are fewer cases of mental illness among children whose parents don't both have jobs.

Dr. Johnston notes, "Children are born with a tendency to have these behavior disorders. But the environment can make it better, or can make it worse. The medicines are secondary. They're not primary."

So Dr. Johnston has the following tips for parents when it comes to diagnosing and treating behavior problems:

Distinguish Disorder from Passing Phase: Learn the difference between a passing phase and a more serious problem; indicators of a serious problem could include changes in appetite or sleep, social withdrawal or fearfulness, or more regressive behaviors like bed-wetting or self-destructive behaviors.

Seek Out Appropriate Medical Advice: While visiting a pediatrician should be the first step, a specialist in child behavioral problems might be consulted if a more serious problem is suspected. Also, be sure to include input from additional observers like teachers.

Ask Questions About Medication: If your child is prescribed a behavioral drug, ask the doctor if it's FDA-approved for use in children and, if not, how commonly it's used for children. Ask about side effects, as well as other medications, foods and activities that should be avoided when taking the medication.

Know that Age Matters: Children metabolize drugs at different rates depending on their age. Ask about symptoms that would indicate that a child is getting too high or low a dose of a medication, and regularly reassess the medication with your child's pediatrician to monitor for necessary changes.

Explore Non-drug Treatments: Although medication is sometimes necessary, discuss with the doctor if other non-drug treatment methods, such as psychotherapy, can be tried first.

Other ways parents can help keep their children's minds healthy are turning off the TV during meals, interacting with their kids when they do watch TV, and trying not to let adult stresses affect the relationship with the child.

Hideki Matsuyama became the first male Japanese golfer to win the Masters on Sunday. He answered questions, via a translator, on topics including his inspiration for children in Japan and the upcoming Olympic games.