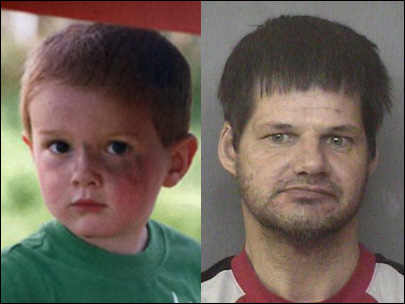 (CBS/AP) SPARWOOD, British Columbia - Police say three-year-old Canadian boy Kienan Herbert, who was kidnapped four days earlier, was returned apparently unharmed to his own home by the man who kidnapped him.

According to police, the suspected kidnapper returned Herbert to his home in Sparwood British Columbia. His return came after an emotional plea from his family.

Kienan's parents made the plea on Saturday about 12 hours before the boy was safely returned.

"Speaking to whoever has Kienan right now. We are just asking please bring Kienan to a safe place right now," a portion of the statement reportedly read. "Like a gas station or a store parking lot where he is visibly seen and you can just drop him off there. Walk away. We just want him safe."

CNN reports that authorities were still searching for a suspect they identified in an Amber Alert as Randall Peter Hopley, 46, in Kienan's abduction, according to the Royal Canadian Mounted Police. Randall reportedly has a record of theft and at least one sexual offense against a child.

Police say early Sunday someone called the police emergency dispatcher and told authorities they would find the missing boy at the home from where he was abducted.

They believe the suspected kidnapper brought him back there. A search is now on for the suspect. The house had been cordoned off and unoccupied since the family found the boy missing Wednesday morning. They had last seen him when they put him to bed the previous evening.