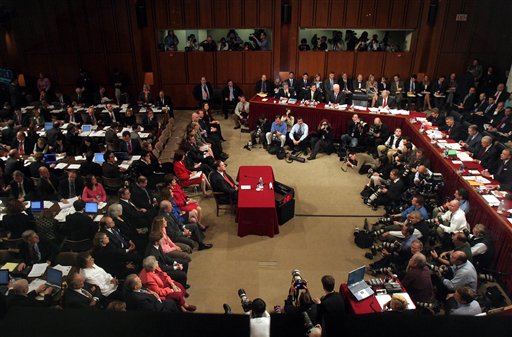 He looks out of place without his trademark headband, but Cliff Robinson has had no trouble fitting in with the Phoenix Suns.

Robinson scored a season-high 36 points and Jason Kidd had 16 assists, including a team record-tying 10 in a lopsided first quarter, as Phoenix beat Charlotte 115-99 Friday night for the Suns' fourth consecutive victory.

"He's proved to be a great pickup for us," Kidd said of Robinson, who was signed as a free agent in August after eight seasons with Portland. "He's really stepped up his game and he has a great attitude. He'll do anything to win and that's the attitude we need around here."

"It seems like ever since that last road trip (Jan. 26-Feb. 5), Cliff's been playing at a very high level," Suns coach Danny Ainge said. "He's elevated his game and that's made us a special team."

Antonio McDyess added 14 points and 11 rebounds as Phoenix won for the ninth time in 12 games.

Charlotte lost its third straight and fifth in six games despite Matt Geiger's 22 points and 20 from Bobby Phills, who had missed the last seven games with a pulled left groin muscle.

"They got a huge game from Robinson tonight," Charlotte coach Dave Cowens said. "They did most of their damage against us early. It was a 16-point game pretty fast and it ended up a 16-point game."

Rice had one field goal in each half and never got going, partly because of Robinson.

`He had to spend a lot of energy chasing me around," said Robinson, who shot 14-of-22 from the field. "I just tried to take advantage of every opportunity and make something happen."

Robinson, whose previous best was 31 points against Portland on Feb. 12, had 19 by halftime as Phoenix rolled to a 64-48 lead.

The Hornets closed to 73-58 with 6:50 left in the third quarter on Geiger's driving layup. But Robinson hit a baseline jumper, McDyess made two soaring dunks and Rex Chapman swished a 3-pointer to put Phoenix up 85-66 with 2:08 left.

The Suns, up 86-70 after Kidd's 3-point heave from 45 feet at the third-quarter buzzer, coasted from there to improve their home record to 19-7.

Robinson had 10 points in the quarter and Kidd's 10 assists matched the franchise record set by Jeff Hornacek on Jan. 28, 1987 against Golden State.

Phoenix, ahead 39-23 entering the second period, led 58-36 after Robinson banked in a layup and then swished a long 3-pointer 2:50 before halftime.

Notes: Kevin Johnson played in his 700th NBA game for the Suns. ... Dennis Scott, acquired in a trade with Dallas late Wednesday night, made his Phoenix debut with 3:34 remaining and badly missed his only field-goal try before making two free throws for his only points... he Hornets have won only three times in 11 trips to Phoenix, the last victory coming on Dec. 12, 1995, when Rice scored 33 points for a 115-100 victory.