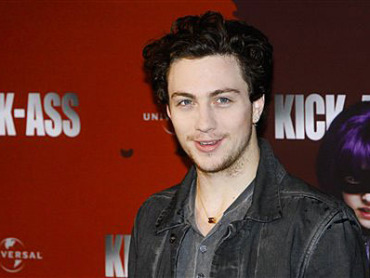 Their rep confirmed to People magazine that she was born on Wednesday in London.

This is the first child for Johnson and the second for Taylor-Wood - she is also the mom of an 11-year-old with ex-husband Jay Jopling.

The couple, who met in 2009 while on the set of Taylor-Wood's directorial debut, "Nowhere Boy," made headlines because of their 23-year age difference.

They were first spotted together at the London premiere of the superhero flick in April.

In an interview with Harper's Bazaar, Taylor-Wood defended her relationship with Johnson and said "[In] our situation, no one is hurting anyone, no one is unhappy. It's just the outside world that feels they have to remark."

"I've made lots of big decisions in my life that have shocked people," she said in the April issue of the magazine. "I've never really thought of other people's opinions, so why start now?"