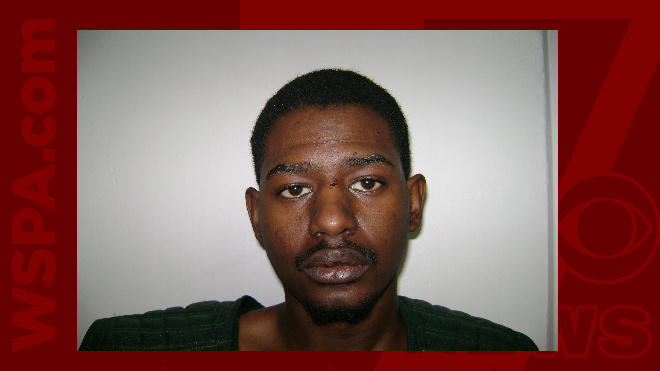 In a news release late Monday, the Georgia Bureau of Investigation says Khari Anthony Dashaun Gordon was charged with multiple counts including attempted murder and assaulting a police officer.

The two Lavonia officers were reportedly attempting to pull over a stolen car Monday evening in northeast Georgia near a restaurant when officials say the 22-year-old Gordon opened fire. Both officers were hit.

The GBI says their injuries were not life threatening and they were both taken to the hospital for treatment. CBS affiliate WSPA reported Capt. Michael Schulman was shot in the armpit area beneath his vest and was being treated Tuesday morning in intensive care. The 50-year-old married father of two has been with Lavonia Police Department since 2001.

The other officer, Jeffery Martin, 22, was struck in his hand and the bullet remains lodged there pending surgery. Martin, an Army veteran, is also married and has been with the department less than a year.

Police tell WSPA that Gordon was tracked down in the woods about two miles from the scene of the shooting several hours later. He had been out on bond for an attempted murder charge in Greenville County, the station reports, citing court records.

The Georgia Bureau of Investigation, Georgia Highway Patrol, and the FBI are assisting in the investigation.

The shooting marked the second time Monday that two Georgia officers were hit by gunfire on the job. Two Byron police officers were shot and wounded executing a search warrant early Monday morning.