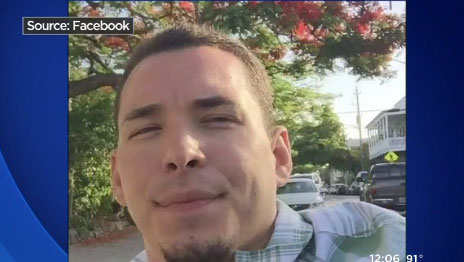 MIAMI -- A man has pleaded not guilty Tuesday to federal charges of plotting to set off a backpack bomb on a Florida beach to show solidarity with the Islamic State of Iraq and Syria (ISIS) militant group.

Attorney Richard Della Fera entered the plea Tuesday in court in Miami for 23-year-old Harlem Suarez of Key West, Florida, who did not speak during the brief hearing. Suarez faces life in prison if convicted of attempting to use a weapon of mass destruction and up to 20 years behind bars if found guilty of seeking to provide material support to terrorists.

Della Fera says Suarez, who emigrated from Cuba with his family in 2004, is no terrorist and has portrayed him as "troubled and confused." The case, which involved FBI use of undercover operatives, evolved from a series of pro-Islamic State of Iraq and Syria postings on Suarez's Facebook pages earlier this year.

Suarez sometimes used a Facebook account with the name "Almlak Benitez" in which he appeared to be trying to recruit fighters for the terror group, the FBI says.

"We are the islamic state. We are isis Muslims," one posting says.

According to the FBI, Suarez told an informant he wanted to detonate a homemade bomb using a backpack filled with nails on a Florida beach after previously discussing plans to set off a bomb in Miami Beach or another Keys town. He was arrested in July after officials say he took possession of an inert explosive device from an undercover FBI employee posing as an ISIS member.

The material support charge stems from an ISIS recruitment video Suarez is accused of making -- using a script he wrote -- with the assistance of the FBI informant, Della Fera said.

"Destroy our enemies against us. Let live only who are our brothers and sisters," Suarez says on the video, according to an FBI complaint. "American soil is the past, we will destroy America and divide it in two, we will raise our black flag on top of your White House and any president on duty (cut head)."

Suarez is being held without bail. Della Fera said he will decide whether to seek Suarez's release on bail after reviewing the government's evidence.

"Without any evidence, you're just fishing around in the dark," he said. "I haven't received anything of substance in this case yet."

A trial date has not yet been set.