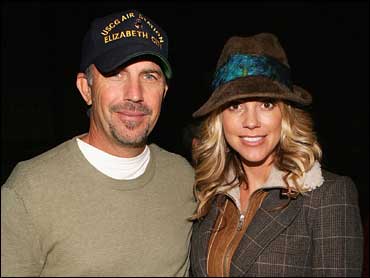 It's a boy for Kevin Costner and wife Christine.

"Both mother and son are doing well," Bloch said, adding that the baby has dark hair. There were no other details.

Costner, 52, and his 33-year-old wife married in September 2004. Cayden Wyatt is the actor's fifth child and the first for Christine Costner, Bloch said.

Costner, who most recently starred with Ashton Kutcher in "The Guardian," won an Oscar for directing in 1980 for "Dances With Wolves," which claimed the best picture Oscar.