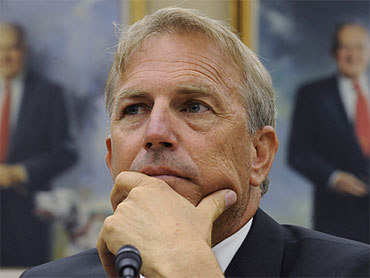 Kevin Costner will have a role to play in the cleanup of the Gulf of Mexico.

BP spokesman Bill Salvin told The Associated Press that the company has contracted with Costner and Ocean Therapy Solutions to use 32 of their centrifuge machines that are designed to separate oil from water.

"We recognized they had potential and put them through testing, and that testing was done in shallow water and in very deep water and we were very pleased by the results," Salvin said.

Costner has invested more than $24 million to develop the devices.

Previously, the oil and water separator Costner's been investing in for 15 years clogged up when it was tested on the spill, CBS News Correspondent Kelly Cobiella reported June 2. BP the said it would tweak it and retest it.

Apparently the fixes worked. The actor-director told a congressional committee June 9 that BP ordered 32 of the machines to be deployed in the Gulf, CBS Radio News reports.

The centrifuges were developed by a group of scientists funded by the Hollywood star following the Exxon-Valdez oil spill in 1989, reports CBS News Affiliate WWL-TV in New Orleans.