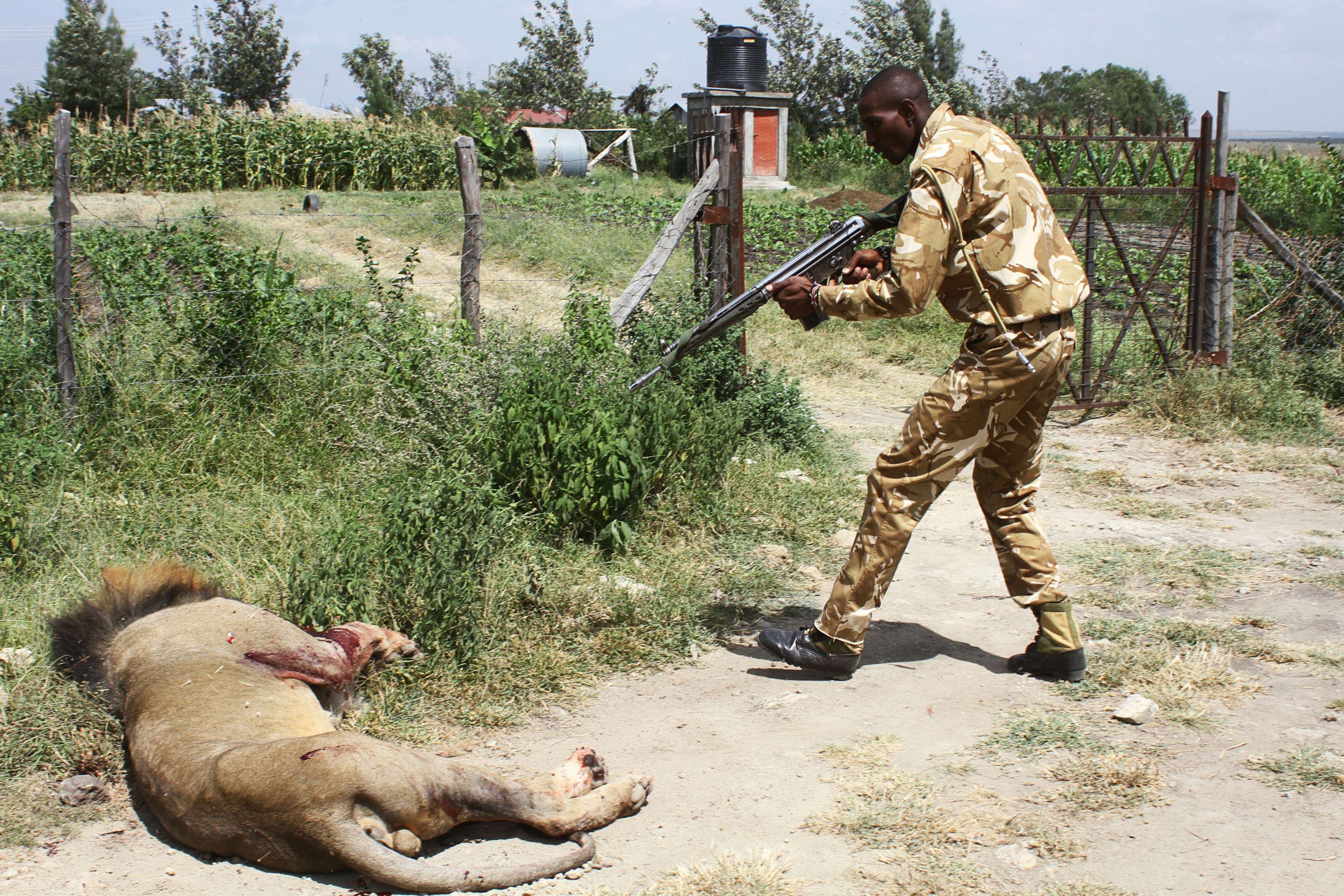 NAIROBI, Kenya-- Maasai tribesmen speared twolions that strayed out of Nairobi National Park in Kenya on Thursday, killing at least one, a conservationist reported.

The spearing occurred one day after wildlife officials shot and killed another lion known as "Mohawk"- because of the shape of its mane- that had wandered out of the same park and injured a man who was part of a large crowd that gathered around it.

Maasai leaders said residents attacked the two lions when they roamed onto community land, according to Michael Mbithi, a lion researcher. Mbithi had heard about the lions being on the loose from sources and alerted the public that they were out of the park.

A wildlife tracking team recovered the carcass of one dead lion, a 2 1/2-year-old male known as Lemek, said Paul Gathitu, spokesman for the Kenya Wildlife Service. "We will hold a meeting with the community to know why they speared the lion."

Some people protested Wednesday's lion killing with a social media campaign "Justice for Mohawk." They said the lion should have been captured, but wildlife officials said they had to kill the lion after it became too agitated because of the crowd.

Mbithi said the Kenya Wildlife Service had set a bad precedence by killing Mohawk instead of capturing the lion - giving locals the impression it was OK to kill wildlife instead of protecting them.

On March 18, a lion mauled a pedestrian in Nairobi before being captured. Nairobi National Park, on the outskirts of the Kenyan capital, is under growing pressure as the city expands. After that incident, a leading Kenyan wildlife expert, Paula Kahumbu, said the noise from nearby road construction was scaring lions out of the park and could lead to the deaths of people or lions.

In South Africa, officials said Thursday they captured a male lion that had escaped from Karoo National Park earlier this week. It was the lion's second escape from the park, located in an arid, sparsely populated area.

Wildlife officials originally said they would have to kill the lion, but then said they would consider other options, including relocating it to another park, after an outcry from conservationists.