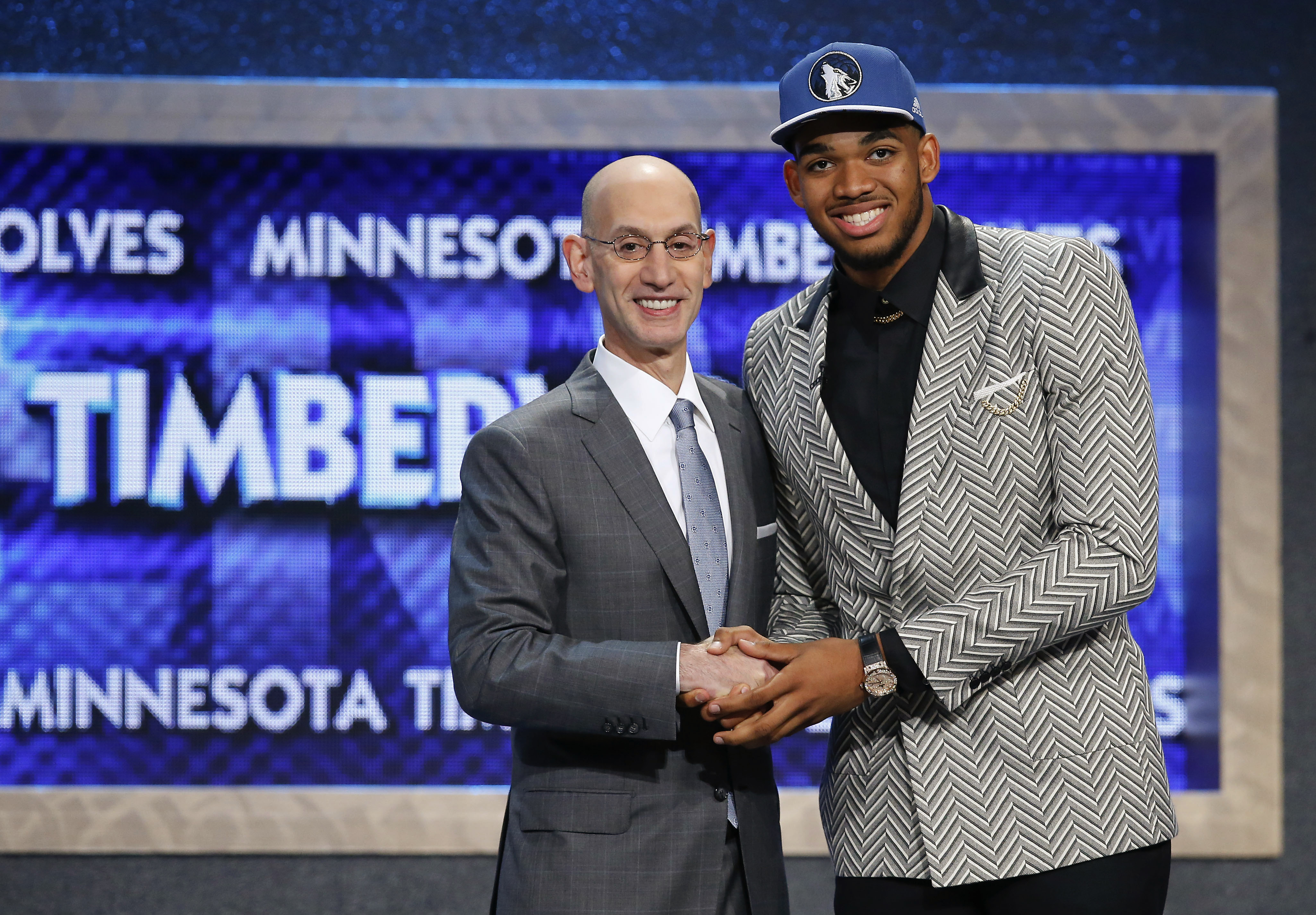 The Timberwolves went for the center in their first time owning the No. 1 pick. They can add him to a young roster featuring Rookie of the Year Andrew Wiggins, who was picked first last year by Cleveland and later dealt to Minnesota in the Kevin Love trade.

The Los Angeles Lakers then took guard D'Angelo Russell of Ohio State, who was wearing a red jacket, bowtie and shoes that matched the Buckeyes' school colors.

The 6-foot-11 Towns averaged 10.3 points and 6.7 rebounds in just 21 minutes per game, as Kentucky used a platoon system in winning its first 38 games and reaching the Final Four.

The New Jersey native said he had above 50 family and friends in attendance.

"This is home to me," he said. "Been able to come here and have all my closest friends and love ones come out here. It's the most special moments in my life."

Minnesota was the worst defensive team in the NBA last season, but that should change in a major way with Towns manning the middle, according to CBSSports.com NBA writer James Herbert. He can protect the paint, guard the pick and roll and switch onto smaller players.

It was Kentucky's third No. 1 pick in the last six years, joining Anthony Davis in 2012 and John Wall in 2010. The Wildcats were hoping to have a record seven players picked and had their second player selected when Sacramento took center Willie Cauley-Stein with the sixth pick.

It was the sixth straight year a freshman was the No. 1 pick. Russell also played just one year in college.

For weeks, Towns and Duke's Jahlil Okafor had been considered the top two selections. But the Lakers instead decided on backcourt help with a player who can step right in and play alongside Kobe Bryant in what could be the superstar's final season.

"Kobe's a great dude," Russell said. "Not knowing how much he has left in the tank is the scary thing. I'm really looking forward to him taking me under his wing if possible and feed me the most knowledge he can and use that as fire against my opponents."

Okafor fell to the Philadelphia 76ers at No. 3, becoming the 19th lottery selection and 29th first-round pick - most in NCAA history - under coach Mike Krzyzewski.

The Knicks ended the run of one-and-dones when they took Latvian forward Kristaps Porzingis with the No. 4 pick. The 19-year-old forward had been surging up draft boards but Knicks fans who filled parts of Barclays Center in Brooklyn wanted no part of him, booing loud and long after his name was called by Commissioner Adam Silver.

Another international player followed, as Orlando took Croatian Mario Hezonja at No. 5.