In what would be his final basketball game, John Stewart demonstrated his powerful skills on the court, leaving a lasting memory of the potential he possesed.

The 18-year-old Lawrence North star scored 22 points, pulled down 13 rebounds and blocked two shots Friday before collapsing during the third quarter of a Class 4A regional game that was being played at Columbus North High School.

The 7-foot senior, who had already signed to play with Kentucky next year, was treated on the court and then taken to Columbus Regional Hospital where he was pronounced dead. The game was the weekend's marquee matchup, No. 2 Lawrence North vs. No. 1 Bloomington South.

"John was the neatest young man I've ever coached," Keefer said. "This is probably the low point of my life."

"It puts playing a game in perspective because life is so fragile for these young men," Smith said. This was a beautiful young man from a great family who was so looking forward to being part of Kentucky, which he always will be.

"Our hearts go out to his loved ones. I think all the guys (on the team) felt like he was already part of Kentucky."

Stewart started the second half by scoring 10 straight points. With about two minutes to play in the third quarter, he asked to be taken out of the game, saying he was having trouble breathing.

Nat Hill, a senior from Bloomington South, said that moments after Stewart came out of the game, he fell backwards in his seat on the bench.

Trainers rushed around him and the fans couldn't really tell what was going on, Hill said. Emergency personnel administered CPR on the court.

Stewart was put on a stretcher and taken to Columbus Regional Hospital. A spokeswoman for the hospital confirmed that Stewart had died and said that an autopsy would be performed Saturday at the Indiana University Medical Center.

The cause of death will not be released until after the autopsy, the spokeswoman said.

When Stewart arrived at the hospital, doctors tried for 90 minutes to revive him.

At about 9:30 p.m., the entire Lawrence North basketball team, some still in sweats, others wearing letter jackets, came out of a back corridor of the hospital into the lobby where a crowd of fans and parents had gathered.

The team formed a human chain, each holding the hand of the person behind him, as they walked through the lobby to the team bus. Some were crying, others just had blank stares, having just said goodbye to their dead teammate.

"This is a tough thing to tell kids," Keefer said. "They gotta wonder why. It's the whole gamut of emotions. It's totally devastating."

ScotShadiow, a senior at Lawrence North, stood with friends in the Columbus North parking lot after the game.

"You hear about this happening to guys in college and the pros but you just don't think about it happening at a high school game," Shadiow said. "He was our age, I just can't believe something like this happened at our game."

When news that Stewart was dead reached the fans, many broke down and fell to the ground sobbing.

Bryan Sirbu, a Lawrence North senior, stood in the parking lot and cried.

"This was one of the leaders of our school and we really needed him," he said.

After Stewart collapsed, the teams went to their locker rooms. The game was halted for about 30 minutes.

Once Stewart was taken away, Lawrence North was given the option of suspending the game. An announcement was made over the loudspeaker that the players and coaches had voted to continue the game. Bloomington South went on to win in overtime, 55-50.

At Lawrence North in Indianapolis, a school crisis team was assembled Friday night. About 200 students waited in the gymnasium and cafeteria for the buses from the game to return.

The team's cheerleaders sat in a circle, and fans still dressed for the game walked around crying, many saying they couldn't believe what had happened, that they didn't understand.

Duane Hodgin, assistant superintendent of Lawrence Township Schools, was at the school organizing counselors for the students.

"John was an outstanding young man," he said. "The first and most important thing is I send my deepest sympathy to his family. It's a terrible tragedy."

"John was a very positive role model since he's come here to Lawrence North for all the kids. Just a very fine young man. He'll be missed."

Stewart had spent some time as a ballboy for the Indiana Pacers and the team knew him well.

"Something like this really puts basketball in perspective," said the Pacers' Jalen Rose. "Here was a young man who was ready to step out into life and now he's gone. I can only feel pity for his family." 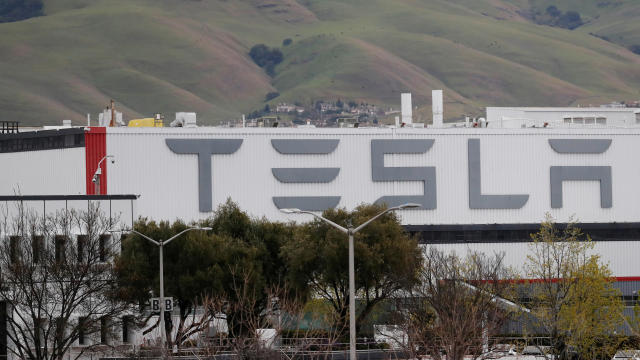 Voices getting louder after industry blog report that 100 workers at company's Fremont plant have tested positive for COVID-19 and more than 1,000 have been exposed. 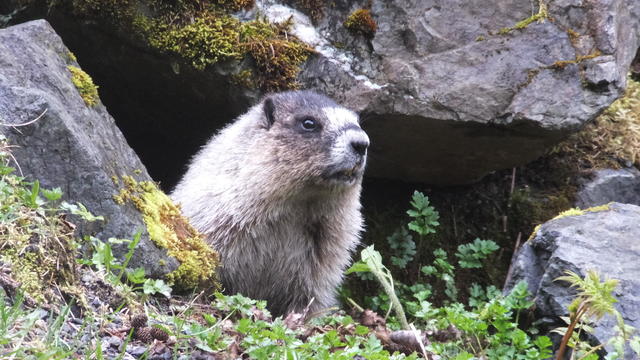 In an unrelated case in neighboring China, a patient who was infected with plague in the northern region of Inner Mongolia is improving, Chinese state media say.