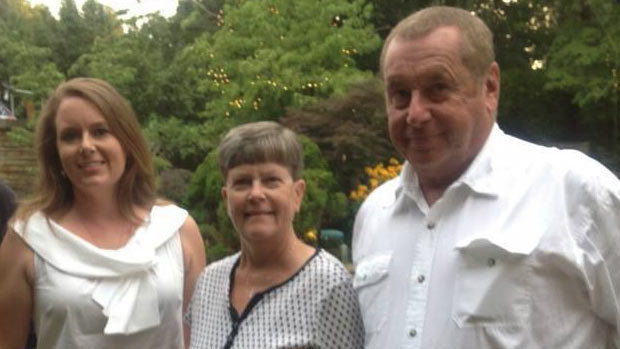 LOUISVILLE, Ky. -- Authorities have charged a man with killing his parents, his sister and an acquaintance nearly a week after the four were found shot to death in southwestern Kentucky.

Ryan Champion, 36, was arrested and charged with four counts of capital murder and one count of capital kidnapping, Kentucky State Police Sgt. Dean Patterson said. The suspect was being held in the Christian County Detention Center.

The victims included the suspect's parents, Lindsey Champion, 62, and Joy Champion, 60; and his 31-year-old sister, Emily Champion. They were found dead along with 22-year-old Vito Riservato, identified as an acquaintance of Ryan Champion.

Patterson declined to discuss a possible motive and provided few details about the slayings.

"We collected a tremendous amount of evidence from the crime scene," he said. "As things started to come together, we finally developed enough probable cause to make the charge today."

The victims were found "in and around" the parents' home in Cadiz, state police said. Autopsies showed all four died of gunshot wounds.

After the shootings last Sunday, Ryan Champion went to a relative's house across the street and asked a family member to contact authorities, Patterson said. He said the relative did not want to be identified.

On Monday, Champion spoke with CBS affiliate WTVF in Nashville and claimed Riservato was responsible for the attack.

Champion said Riservato, who he described as "a new person to all of us," tied him and his sister up and held them at gunpoint.

"He acted erratically the entire time," Champion told WTVF. "He was keeping a real good eye on me and my concern was just for her the whole time."

The parents returned home during the attack, Champion said, claiming he was the sole survivor.

Immediately after the shootings and before he was a suspect, Champion was taken to a hospital for symptoms of shock, Patterson said. He did not leave the area after his release from the hospital, but Patterson declined to say whether police had interviewed him.

"He's been out and about," Patterson said. "We've been kind of keeping tabs on him."

Champion was a contractor by trade and his most recent residence was in Oak Grove, Kentucky, Patterson said.

Patterson offered no details Friday about how Ryan Champion and Riservato knew one another or for how long. Investigators now believe that the other victims didn't know Riservato, Patterson said.

"If there was any acquaintance, it wasn't much of one at all - if at all," Patterson said.

Emily Champion was in Cadiz for a short visit at the time of the slayings, and the capital kidnapping charge against her brother pertains to her, Patterson said, declining to elaborate. Emily was a veterinarian in Sunset, Louisiana.

Joy Champion was a retired teacher who taught for 30 years at schools in Trigg County.

Cadiz is located about 40 miles northwest of Clarksville, Tennessee.