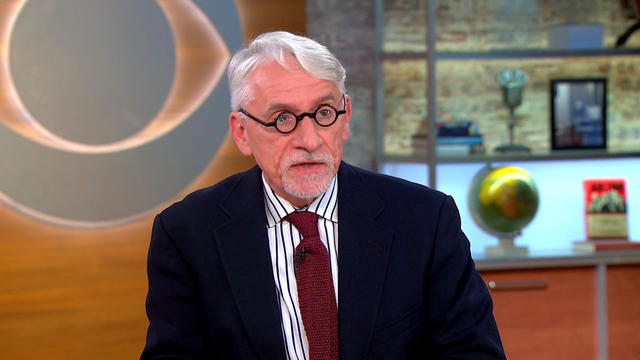 Historian Kenneth C. Davis is the bestselling author of "Don't Know Much About History" and "In the Shadow of Liberty." He joined "CBS This Morning" on the 241st anniversary of America's independence to discuss the "great contradiction" of America's founding and dig deeper into the stories of some of American history's iconic characters.

"John Adams would say that we should have said 'Happy July 2.' That's the day Congress approved a resolution for independence," Davis said. "He wrote and said we'll celebrate with parades and church bells ringing. He was just off by two days. It's the fourth and the adoption of the Declaration that becomes the American birthday."

Another common belief you might be surprised to find out is not quite true is that George Washington wasn't actually at the signing of the Declaration of Independence.

"He was actually here in New York City," Davis said. "Washington had the troops here. The Declaration was sent to him. He had it read aloud to the troops on July 9. They went out then and tore down a statue of King George III and legend has it, melted it down into bullets."

Dispelling yet another piece of beloved American lore, Davis said that Washington did not chop down a cherry tree.

"Washington also was a slaveholder, was one of the largest slaveholders at the time. In fact, in 1776, he was already beginning to wrestle with that problem. This contradiction. How do we fight for liberty, yet keep people in chains," Davis said.

Washington was not alone, of course. Despite condemning slavery in a version of the Declaration of Independence, Thomas Jefferson was a slave owner, too.

"Again, how could he denounce slavery while keeping slaves?" Davis said.

"It is this great contradiction, a nation conceived in liberty is also born in shackles and I think we still have to balance that out when we look at these great men and what they accomplished," Davis said. "They did risk life, liberty and their fortunes, their sacred honor. They would have been strung up if they had been caught but they were fighting to preserve and protect this crime against humanity."

One more dispelled myth: Betsy Ross, yet another favorite of American history, didn't exactly create the flag -- or, we can't be sure.

"The flag story is pretty much a creation handed down by the family," Davis said. "She did sew flags for Philadelphia -- or Pennsylvania state flags for their Navy. More interesting is a man you've probably never heard of named Francis Hopkinson, one of the 56 signers. He took credit for the design of the flag as we know it, the stars and stripes."

According to Davis, Hopkinson even submitted a bill to Congress for his design work. What he charged? A quarter cask of the public wine.