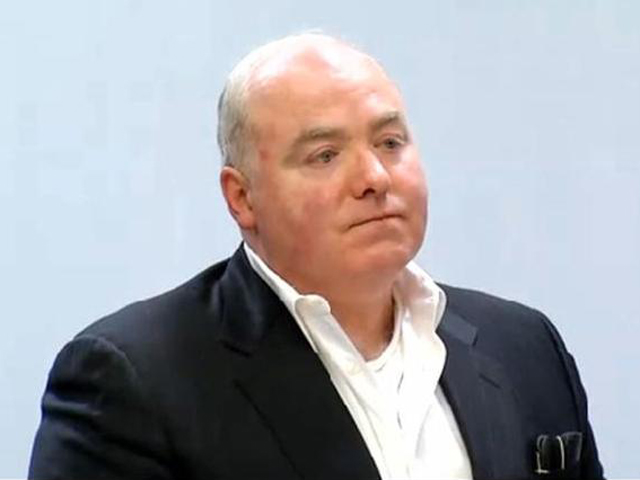 Michael Skakel will spend tonight outside prison for the first time in more than 11 years.

The 53-year-old nephew of Robert F. Kennedy's widow, Ethel, touched his hand to his chest and looked back at his supporters in the courtroom, his brothers among them, as the judge set bail at $1.2 million. He had been in prison more than 11 years on a sentence of 20 years to life but walked out of court a couple of hours after the hearing in Stamford Superior Court.

A Connecticut judge has ruled that Skakel can leave prison as he awaits a new trial on charges he bludgeoned 15-year-old Martha Moxley to death with a golf club in 1975. He will have to wear an electronic monitoring bracelet and live in Conn.

Judge Thomas Bishop ruled last month in Vernon Superior Court that Skakel's trial attorney, Michael Sherman, failed to adequately represent Skakel’s 2002 trial. The defense filed a motion to set a bond and the state did not oppose the motion.

"The defendant here having his conviction vacated is entitled to bond," said the prosecutor. However, he stated "we firmly believe [Judge Bishop's] ruling will be reverse on appeal."

Bishop said Sherman failed to locate a witness who backed up Skakel's alibi that he was at his cousin's house the night of the murder and failed to find a man who challenged the claim by a star witness that Skakel confessed.

After Thursday's hearing concluded, applause could be heard in the courtroom. Skakel's attorney told the court his client planned to post bond today.

"We know the state will appeal and we're confident that Judge Bishop's decision will be overturned," said John Moxley, Martha's father, after the ruling. The Moxleys have said they believe firmly that Skakel killed their daughter.

"I wasn't completely destroyed [by the ruling], but I wish it didn't happen," said Martha's mother, Dorthy Moxley.

Asked by reporters if she and her husband were concerned for their safety after Skakel's release, Dorthy Moxley said no: "I don't think he was a Jeffrey Dahmer or one of the mass murderers...he was just a kid who had problems. We don't have anything to be afraid of now."

In a written statement, the Skakel family said "This is the first step in correcting a terrible wrong. We look forward to Michael being vindicated and justice finally being served."

Skakel's older brother Thomas was an early suspect because he was the last person seen with the victim, and in Bishop's ruling, he said Michael Skakel's defense should have focused more on Thomas.

The case was considered a big challenge for prosecutors because of issues including the age of the crime and the lack of forensic evidence. Michael Skakel was convicted after a trial that focused on testimony that he confessed or made incriminating statements over the years.