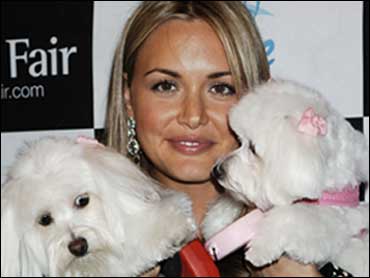 No big surprises in Iowa Monday night. But some interesting things took place, nevertheless. CBS Early Show anchor Bryant Gumbel talked with two men who have been through the wars themselves.

According to CBS Early Show contributor Mario Cuomo, the Iowa caucuses are helping to solidify the issues that voters in other states will most likely be thinking about when they goal to the primary polls.

"I see this kind of the first game in a very, very long season. It's not going to determine who makes it to the World Series or who wins, but it does have its significance," Cuomo told Gumbel Monday morning.

Talking to former vice presidential candidate Jack Kemp, Cuomo suggested that, on the Republican side, a strong showing by socially conservative flat-taxer Steve Forbes will force Gov. George Bush to deal with taxes and abortion in New Hampshire.

Kemp agreed, saying of Bush "I think...he is going to accept the Reagan plank...on right to life, but that he believes that the country is not ready for any constitutional method and he's going to try to lead and educate people."

On the Democratic side, it was not hard to read the tea leaves:

"Al Gore was the biggest winner of the night," Cuomo said.

Cuomo and Kemp, Part TwoAsked what he would say to Bill Bradley in the wake of Gore's strong showing Monday night, Cuomo struck an ominous tone about the former New Jersey senator's chances:

"This will all be over, probably in the beginning of March," he said, hinting, however, that Bradley will likely be back as a strong candidate in 2004.

On Steve Forbes' strong showing Monday night, Kemp said the Iowa caucuses will give him momentum in New Hampshire - and possibly South Carolina - but not much further than that:

"I think he's happy with 30 percent. It's clearly a good position to be in, albeit I don't see how anybody can beat Bush as he goes into South Carolina and Delaware - and ultimately Arizona and Michigan," Kemp said.

Lastly, John McCain, who dismissed the state, finished fifth in Iowa with only five percent of the vote. No matter what the spin, Kemp and Cuomo agreed, that can't help the Arizona senator's bid for the White House.

"I believe that the people of New Hampshire were watching Iowa to a certain degree and I think it'll knock some of his polling down in New Hampshire," Kemp said.