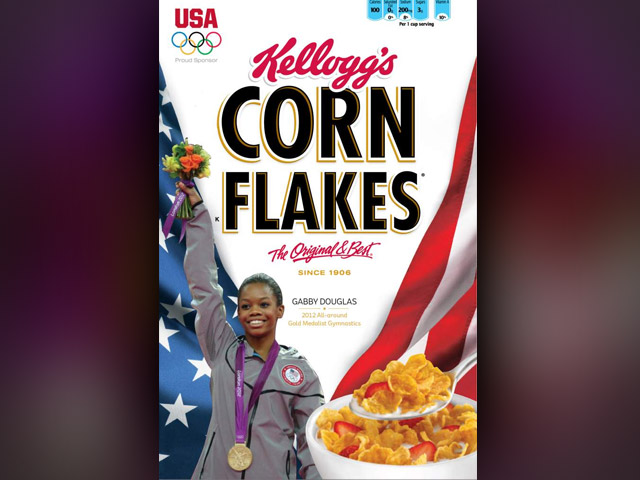 Revenue rose 12 percent, to $3.86 billion, on improved sales, but fell short of the $3.94 billion that Wall Street predicted.

Selling, general and administrative expense increased to $890 million from $826 million, while interest expense climbed to $60 million from $33 million.

Kellogg Co. has long been known for its breakfast foods. But with cereal sales struggling in North America, the company has worked to diversify its portfolio and expand overseas. Last year, it bought Pringles chips to make a big move into the salty snack market. Two-thirds of the chips' revenue also comes from overseas, which gave Kellogg better reach in countries where it's looking to expand.

Kellogg maintained its full-year adjusted earnings and revenue forecasts. The company still foresees earnings between $3.82 and $3.91 per share, excluding Pringles acquisition-related costs. Revenue is still anticipated to climb about 7 percent. Based on 2012's revenue of $14.2 billion, this implies $15.2 billion.

Kellogg said that its $1 billion buyback will help it repurchase shares to offset the impact of proceeds from the exercise of options through the end of the year and to start its 2014 purchase plan. The buyback expires in April 2014.