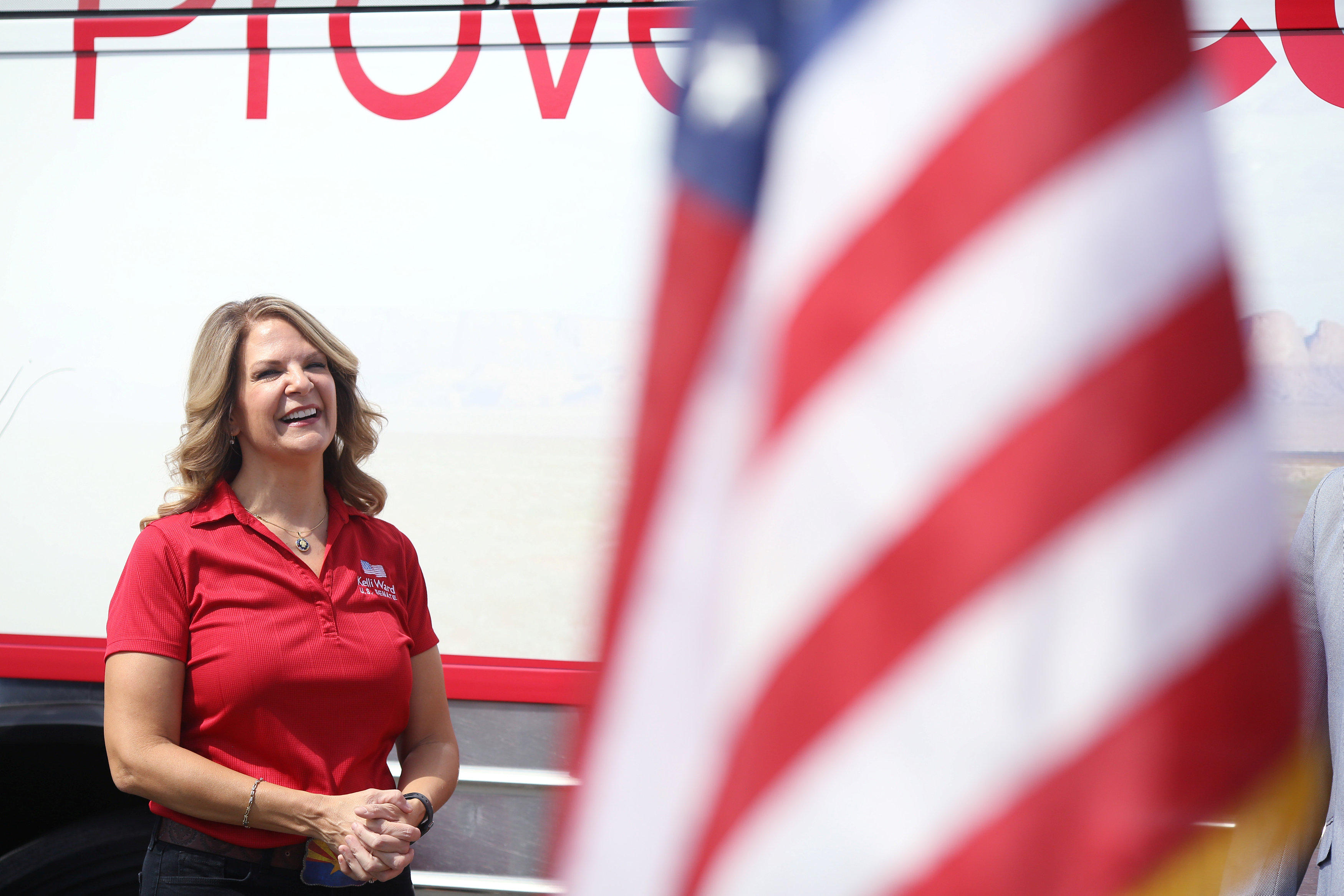 Kelli Ward, a Republican seeking Arizona's Senate seat in Tuesday's primary, issued an apology Monday after she wrote in a Facebook comment Saturday that Sen. John McCain -- whose family had hours before said he would be ending cancer treatment -- had a "particular narrative that is negative to me." McCain died hours later at the age of 81.

"I do understand how many could have misconstrued my comments as insensitive, and for this I apologize," Ward said at a press conference at her headquarters. "The intention of my comments were in no way directed at Sen. McCain or his family."

According to screenshots of the conversation posted on Twitter by Arizona political reporters, an aide for Ward, Jonathan Williams, wondered if it was "just a coincidence" that the announcement of McCain ending medical treatment came the day Ward was launching a statewide bus tour, her big push before Tuesday's primary.

Ward replied: "I think they wanted to have a particular narrative that is negative to me."

After her response was Tweeted out, Ward deleted the post and replaced it with one claiming the media was concocting a story.

"I've said again and again to pray for Senator McCain & his family," Ward wrote. "These decisions are terrible to have to make. I feel compassion for him and his family as they go through this."

On Monday, Ward tweeted "political correctness is like cancer!"

Ward has acknowledged she is the underdog in Tuesday's primary. She faces Rep. Martha McSally and former Maricopa County Sheriff Joe Arpaio in the race for retiring Sen. Jeff Flake's Senate seat.

Ward, a former state senator, ran a primary against McCain in 2016 for his Senate seat. On Monday, she also defended her comments from last year that McCain should have stepped down when he was diagnosed with brain cancer.

"I said it's a disgrace when people don't do the job that they were elected to do," Ward said. "I said that -- at that point -- Sen. McCain had missed over 170 votes ... that Jeff Flake had chosen to go to Zimbabwe rather than to confirm judicial nominees that we need to do the business of the country. That's what I said was disgraceful. And for you to take those two sentences and cut out the meat of what I said is pretty disgraceful."

On Tuesday, Arizonans will decide nominees in races across all levels of government.

As of Monday, around 838,000 early ballots were already cast, according to state election officials. They expect more than 1.1 million ballots cast overall in the primary -- a possible record-breaker of political participation for an August primary, according to a tweet from elections official Garrett Archer. Over the weekend, some candidates and political organizations led get-out-the-vote efforts.

Noting McCain's death, several candidates -- including Sinema and Republican Rep. Martha McSally, who is expected to win the GOP primary -- said they would suspend their campaigns on Wednesday and Thursday.

Republican Gov. Doug Ducey, whose office is coordinating services at the Arizona State Capitol for McCain, will not attend any campaign events between now and when McCain is buried.

McCain was just one of 11 U.S. senators in Arizona's 116-year history.