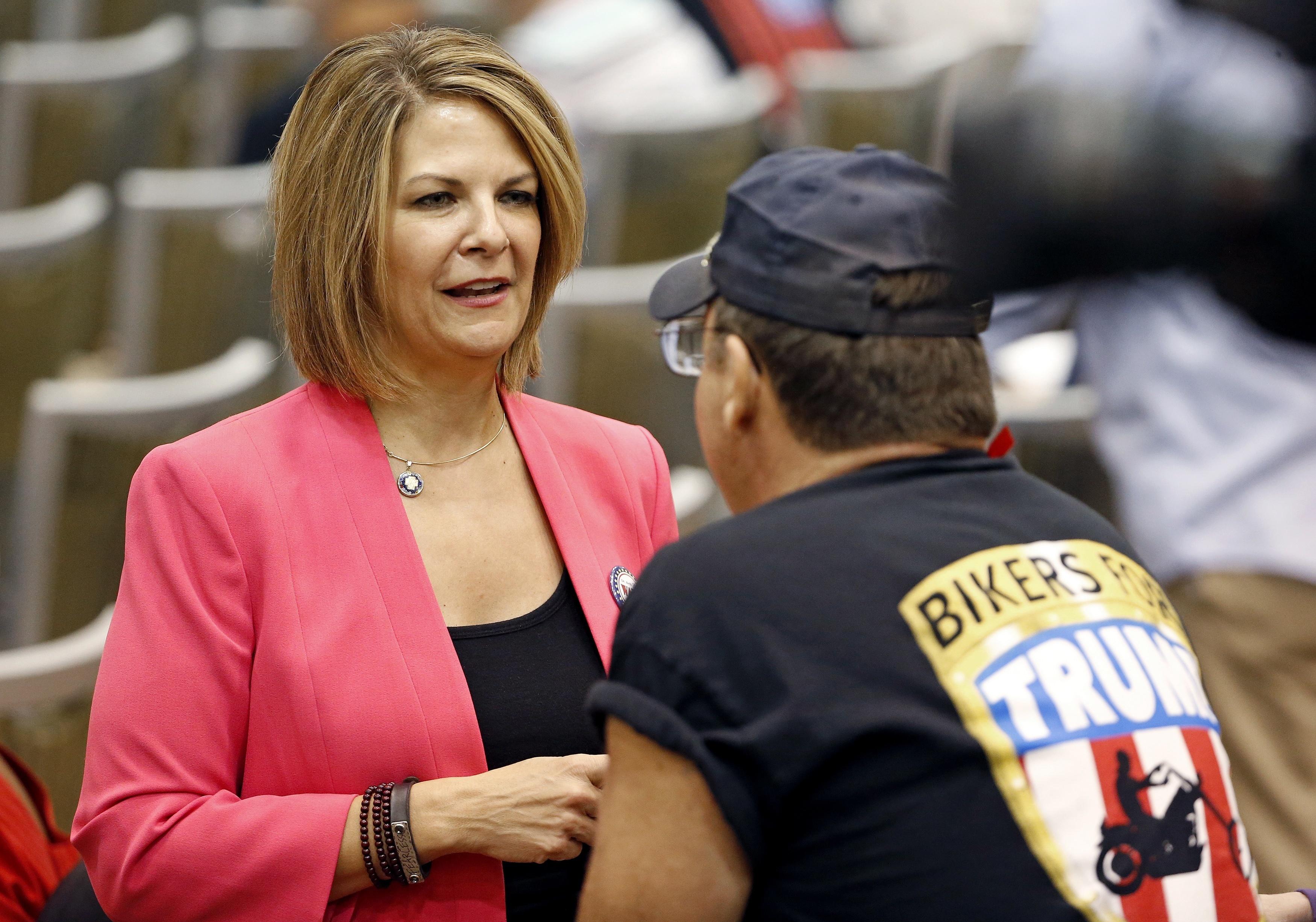 LOS ANGELES -- An Arizona Republican who tried to oust Sen. John McCain last year suggested Friday that he resign because he has been diagnosed with an aggressive form of brain cancer.

Kelli Ward, who is a doctor, said in a statement that the 80-year-old McCain's diagnosis is grim and that his cancer, glioblastoma, "is both devastating and debilitating."

"As a doctor, I've counseled patients in similar situations and these end-of-life choices are never easy. I usually advise terminal patients to reduce stress, relax and spend time laughing with loved ones," Ward wrote.

"The Senate has complicated and difficult problems to deal with and Arizona deserves to be represented by someone who can focus on those challenges," she added.

Ward, a former state senator, is running this year against Arizona Sen. Jeff Flake, also a Republican. Earlier this week she said she met with White House officials in June about the campaign, a sit-down that pointed to uneasy ties between President Trump and Flake.

In a statement, Flake called McCain a hero and said he expected to see the state's senior senator return to the Senate soon.

In her statement, Ward said that she hopes McCain is comfortable as he battles "this terrible disease," and added that she is praying for him and his family.

She said that if the senator can no longer perform his duties, "he owes it to the people of Arizona to step aside."

When she challenged McCain in a primary in 2016, Ward suggested McCain could die this term. Saying that older people decline "physiologically," she implied that McCain will be increasingly unable to control his anger and emotions in office.

"There are things that happen physiologically with the body and the mind. One of them is control over your anger and he's already known as an angry man," Ward said. "It becomes more and more difficult to control those kinds of outbursts. And we have to have someone with a steady hand, someone with the ability to think on their feet. Someone who can problem-solve."

McCain used Twitter on Thursday to promise a quick return.

"Unfortunately for my sparring partners in Congress, I'll be back soon, so stand-by!" said the six-term Arizona Republican and 2008 GOP presidential nominee.