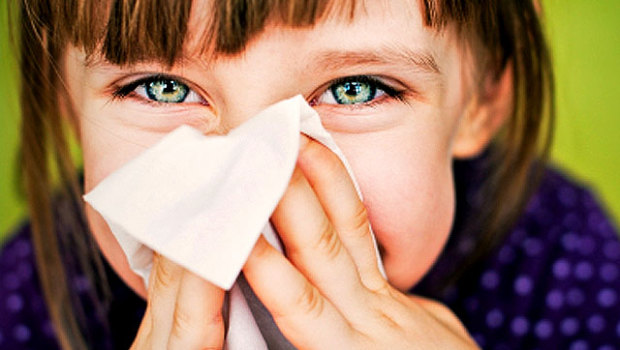 Cleanliness may be next to godliness, but a home that's too clean can leave a newborn child vulnerable to allergies and asthma later in life, a new study reports.

Infants are much less likely to suffer from allergies or wheezing if they are exposed to household bacteria and allergens from rodents, roaches and cats during their first year of life, the study found.

The results stunned researchers, who had been following up on earlier studies that found an increased risk of asthma among inner-city dwellers exposed to high levels of roach, mouse and pet droppings and allergens.

"What we found was somewhat surprising and somewhat contradictory to our original predictions," said study co-author Dr. Robert Wood, chief of the Division of Allergy and Immunology at the Johns Hopkins Children's Center in Baltimore. "It turned out to be completely opposite -- the more of those three allergens you were exposed to, the less likely you were to go on to have wheezing or allergy."

About 41 percent of allergy-free and wheeze-free children in the study grew up in homes that were rich with allergens and bacteria. By contrast, only 8 percent of children who suffered from both allergy and wheezing had been exposed to these substances in their first year of life.

The findings support the "hygiene hypothesis," which holds that children in overly clean houses are more apt to suffer allergies because their bodies don't have the opportunity to develop appropriate responses to allergens, said Dr. Todd Mahr, an allergist-immunologist in La Crosse, Wis., and chair of the American Academy of Pediatrics' Section on Allergy & Immunology.

Prior research has shown that children who grow up on farms have lower allergy and asthma rates, possibly due to their regular exposure to bacteria and microbes, the researchers noted in background material.

"The environment appears to play a role, and if you have too clean of an environment the child's immune system is not going to be stimulated," Mahr explained.

As many as half of all 3-year-olds in the United States suffer from wheezing illnesses, and recurrent wheezing and allergies are considered a risk factor for asthma in later life, researchers said. According to the American Lung Association, asthma remains one of the most common pediatric illnesses, affecting about 7 million American children.

The new study involved 467 inner-city newborns from Baltimore, Boston, New York and St. Louis. Doctors enrolled the babies in the study while they were still in the womb, and have been tracking their health since birth, Wood said.

Investigators visited the infants' homes to measure the levels and types of allergens. They also collected dust in about a quarter of the homes and analyzed its bacterial content.

They found that infants who grew up in homes with mouse and cat dander and cockroach droppings in the first year of life had lower rates of wheezing at age 3, compared with children not exposed to the allergens.

Household bacteria also played a role, and infants in homes with a greater variety of bacteria were less likely to develop allergies and wheezing by age 3.

Children free of wheezing and allergies at age 3 had grown up with the highest levels of household allergens and were the most likely to live in houses with the richest array of bacterial species, researchers found.

"The combination of both -- having the allergen exposure and the bacterial exposure -- appeared to be the most protective," Wood said.

Both Wood and Mahr cautioned that these findings need to be verified, and that parents shouldn't make any household decisions based on them.

For example, parents shouldn't adopt a dog or cat assuming that its presence will help immunize their kids against allergies and asthma, Wood said. At the same time, they shouldn't ditch their family pet, either.

"We would not take any of this as information we could use to give advice," Wood said. "Please don't get an intentional cockroach infestation in your house. There's no reason to think that would help."

There are a number of other factors that could influence the likelihood that an inner-city kid will develop asthma, including tobacco smoke, high levels of household stress, or even exposure to the same sort of potentially beneficial allergens too late in life, past their first birthday, Wood said.

"This is by no means a simple story," he said. "There could be a lot of factors going on."

Mahr said the findings could someday lead to treatments that would help infants build up resistance to allergies. "I can see someone coming up with a spray. You'd spray the crib that the kid sleeps in every so often, and let the kid crawl around in it," he said.